The month of April we played with If you give a mouse a cookie printable pack.

He’s really getting interested in all the things the printable packs have to offer which has been pretty fun to watch. I like how they are themes and already laid out, but they can still have some flexibility and creativity. I already know he’s good at following directions so I like him to be able to think outside the box. 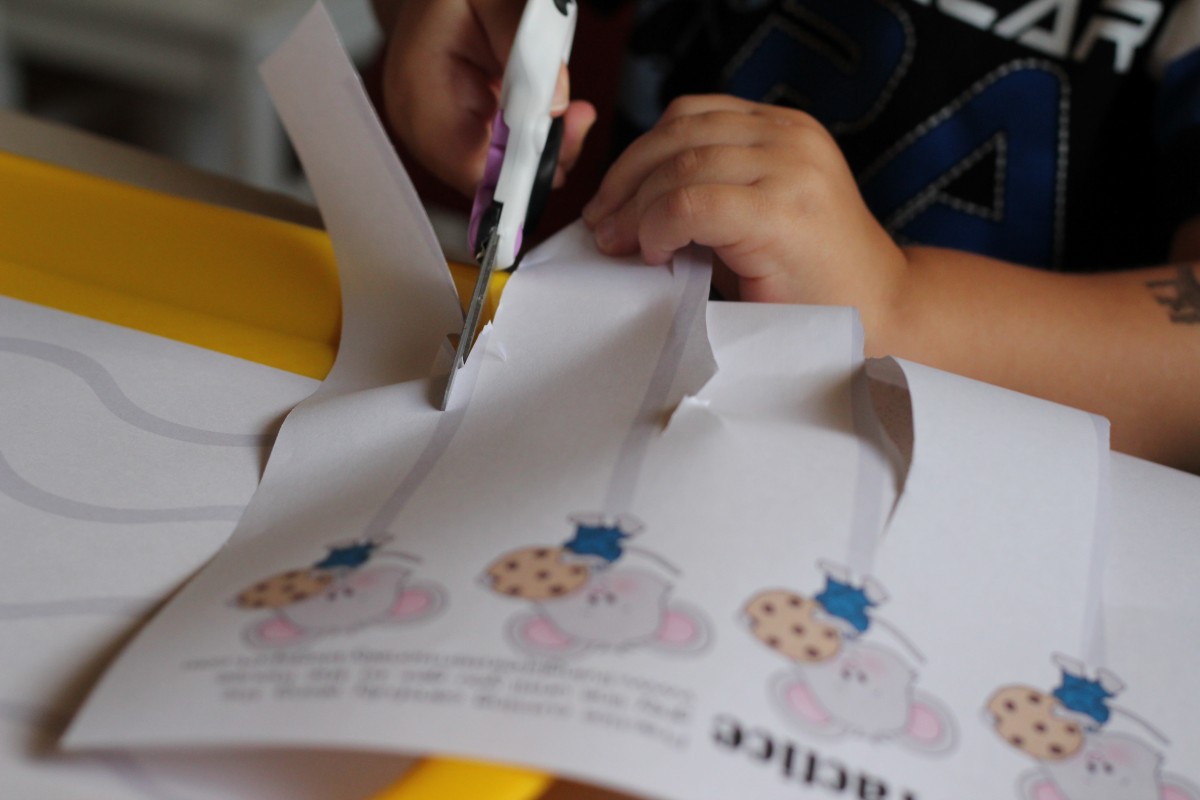 He impressed me with his cutting 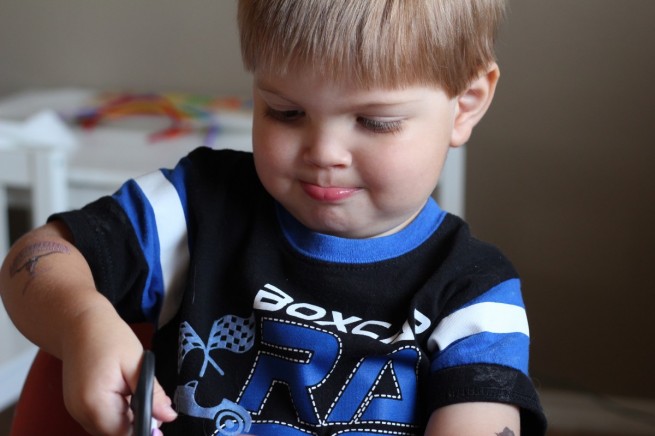 Of course I had to get his concentration faces 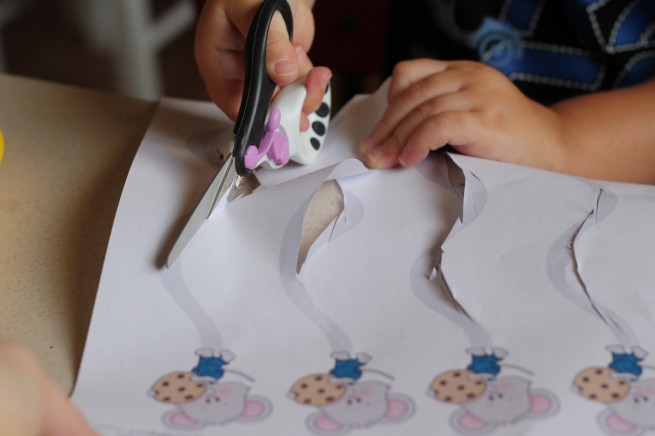 Especially when he got to the wavy lines. 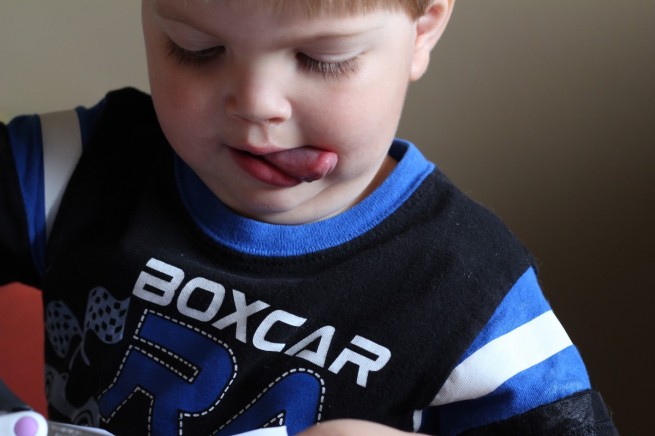 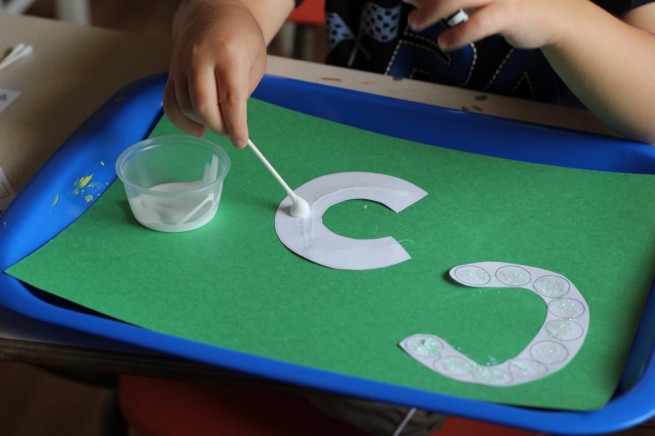 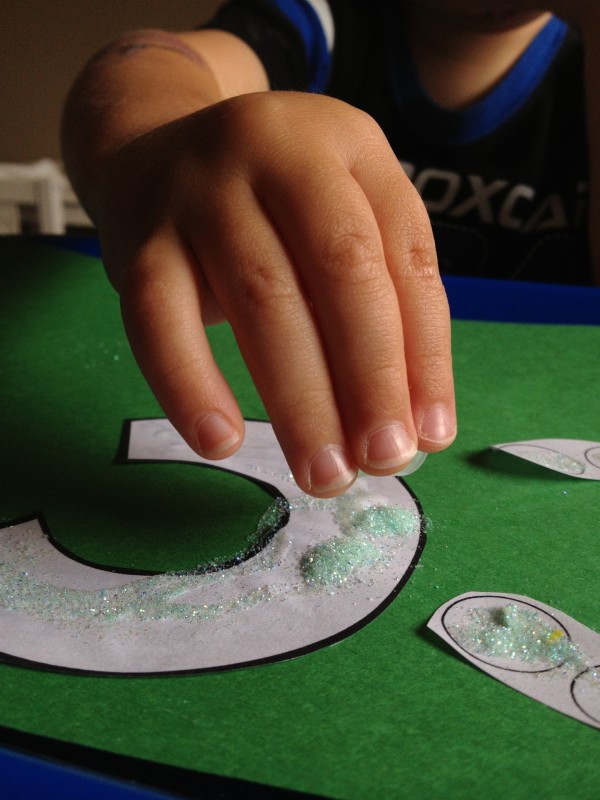 How about some glitter? 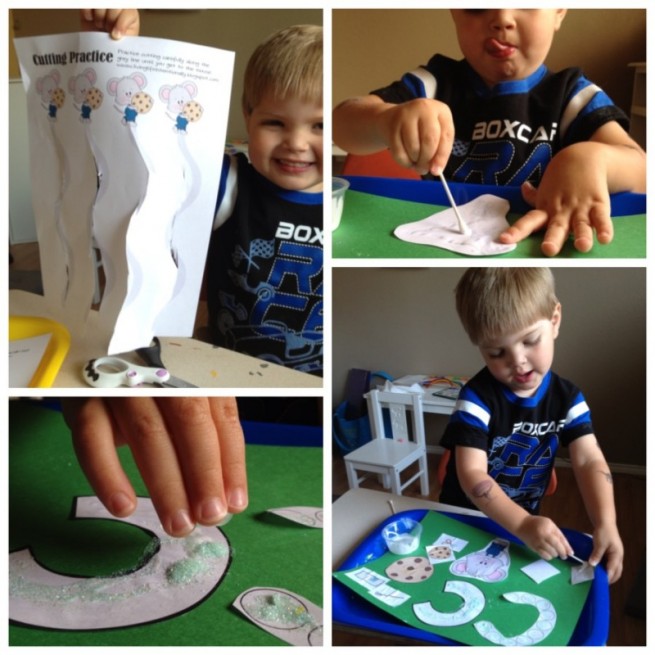 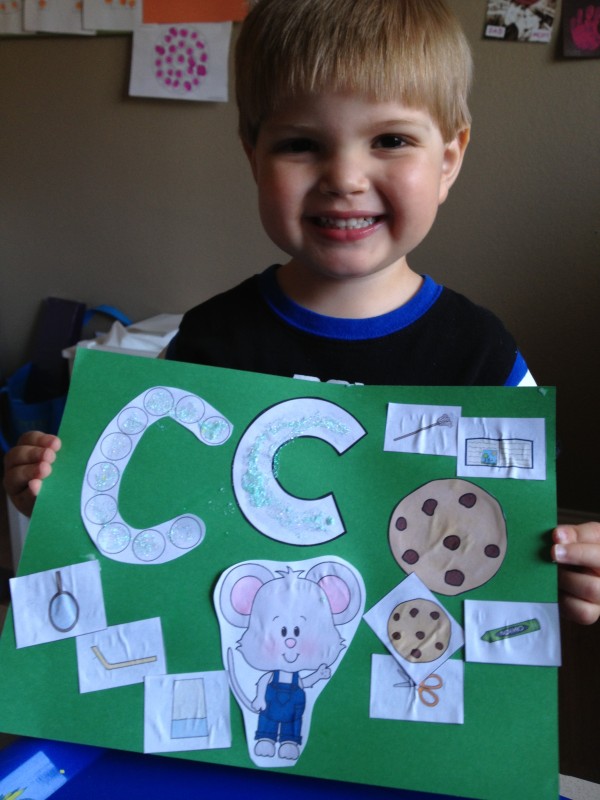 Proud of his work 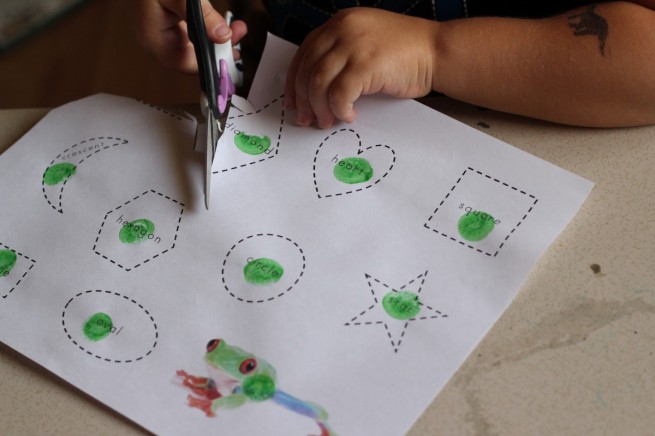 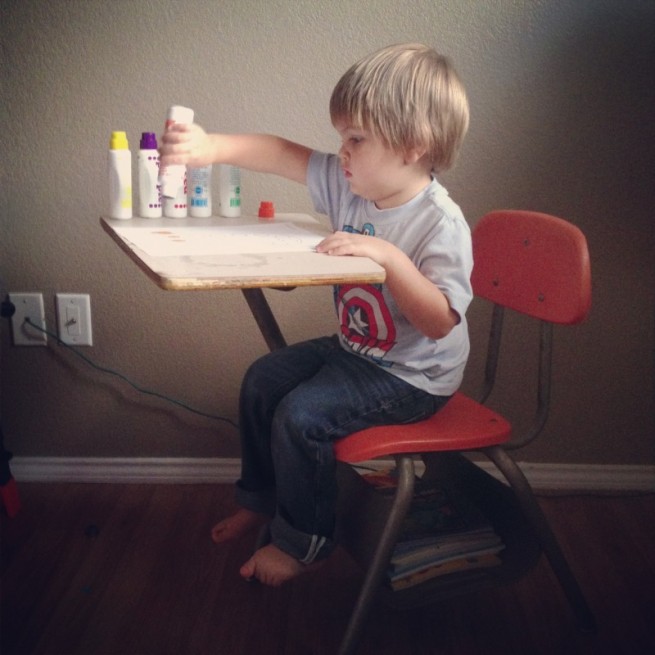 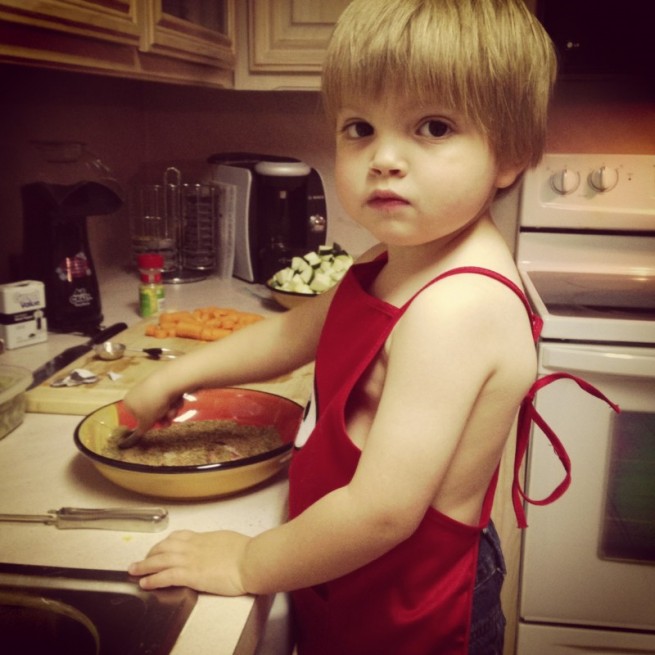 He loves helping to cook. 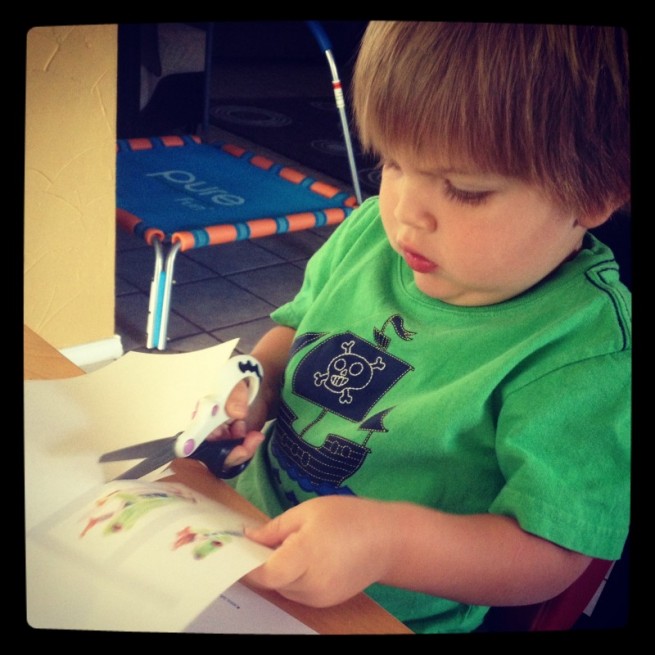 This was a tot school with daddy day, doing his letter F cut and paste. 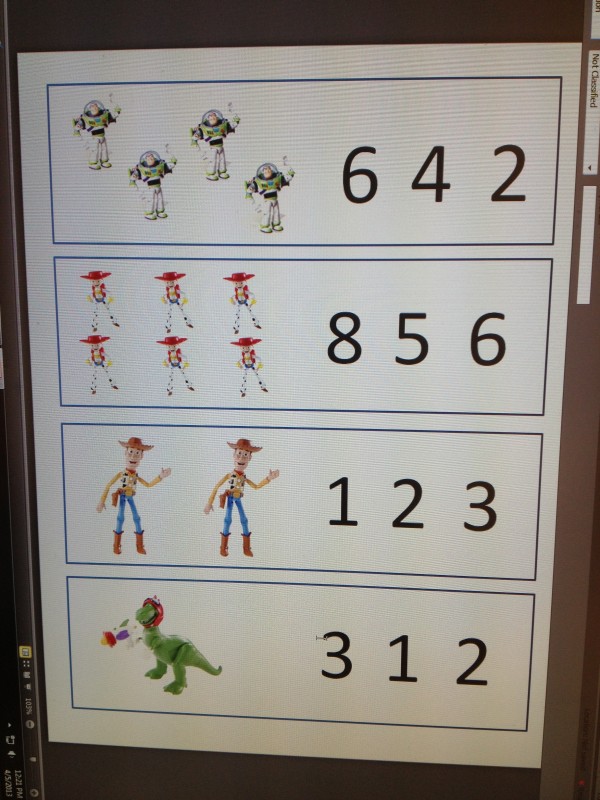 I made these number strips for him to use clothespins on & he loves them. You count the number of characters on each strip and clip the pin on the number you count. 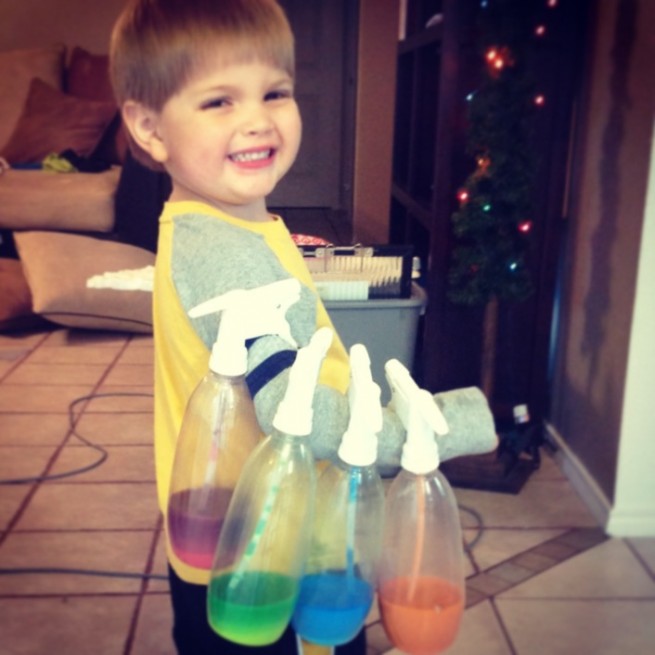 Aunt Manda came over one day and brought stuff to make spray chalk.