I printed out these sheets for 4th of July & let him pick which ones he wanted to do. He actually hasn’t done these sheets in quite a while. He’s usually too crazy to do them but this day he actually wasn’t. 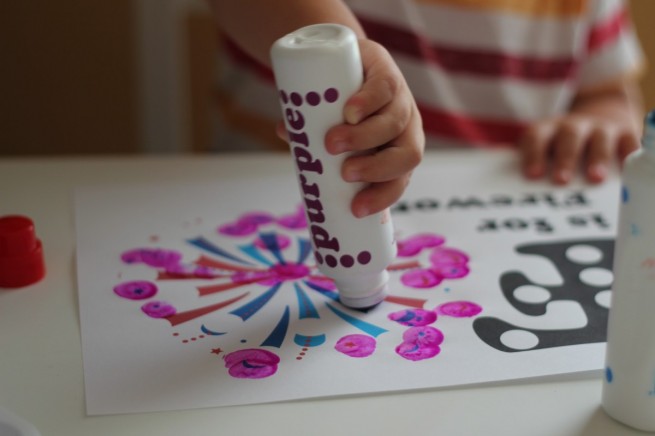 He traces really well. He wasn’t pressing down hard enough to see the red. 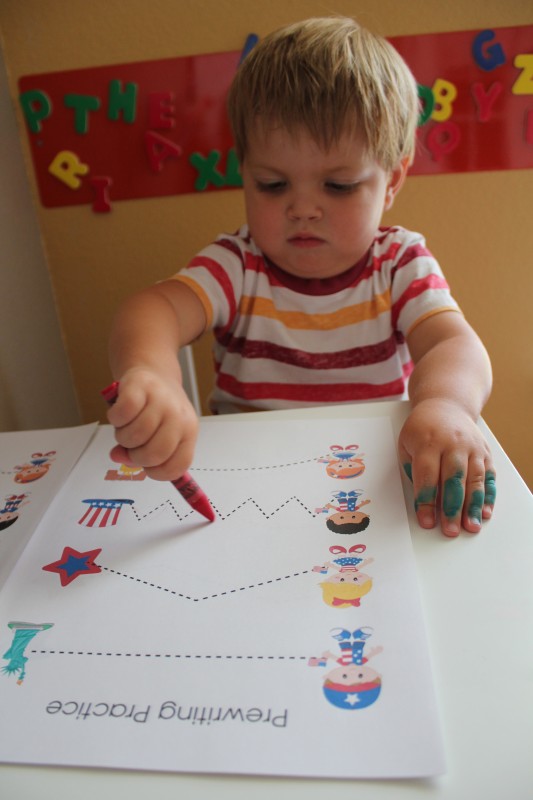 He actually really likes to cut things. Before he squeezes down to cut he says “I be very careful”. Thank you, I appreciate that! 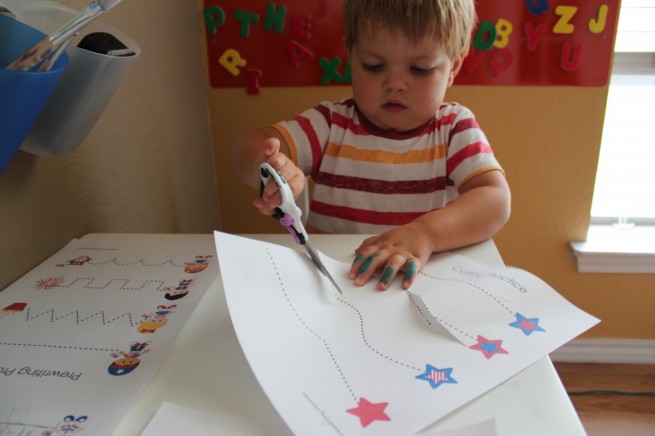 Enough worksheets… lets play with play=doh! He likes to stamp it to look like a waffle. 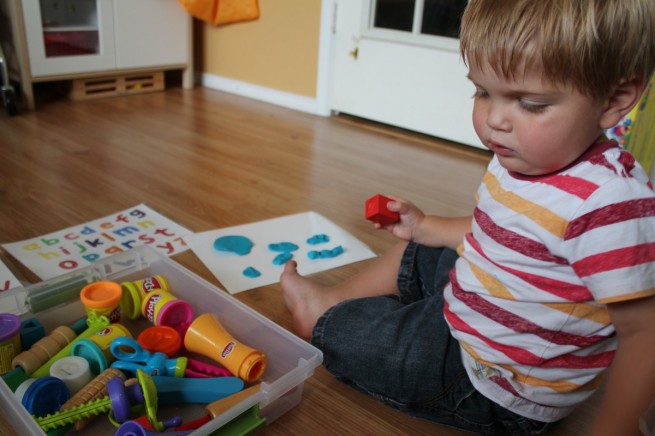 Here’s another activity I found on pinterest. You freeze some toys in a bucket of water & go on an excavation to get the toys out. The website said hours of fun for your toddler but my toddler didn’t last but 10 minutes tops. I was more impressed than he was, lol. Maybe its because he only had a wood mallet instead of something to really break the ice. 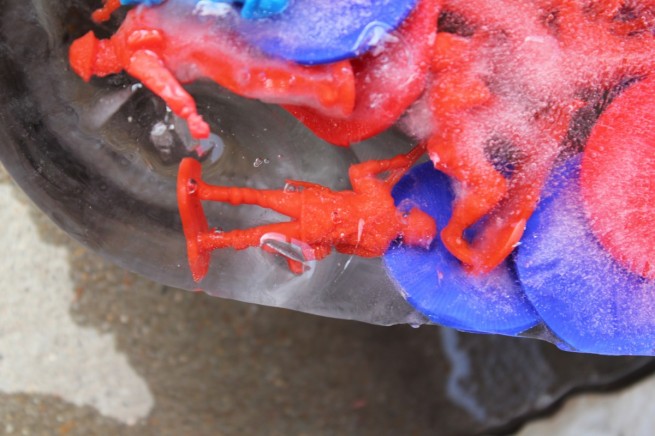 When he hit the ice it was splashing on me and I was saying ‘Oooohhh cooold!’ so he got a kick out of that. 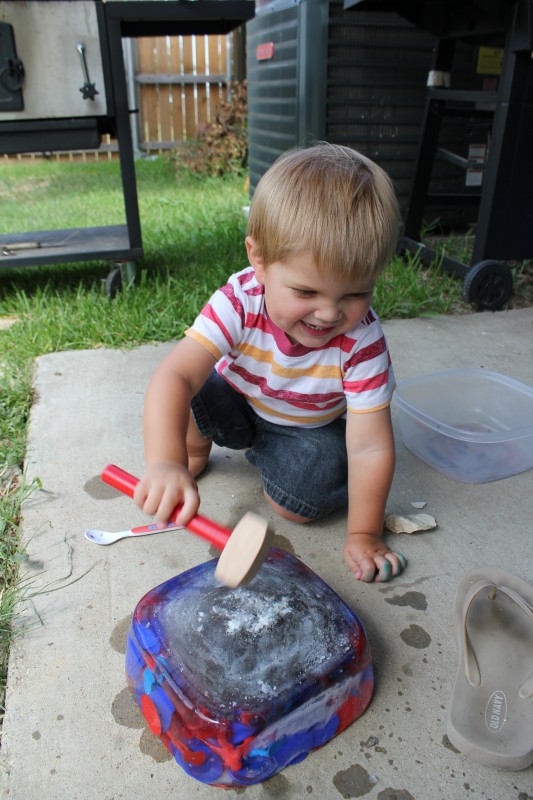 I love watching him play. 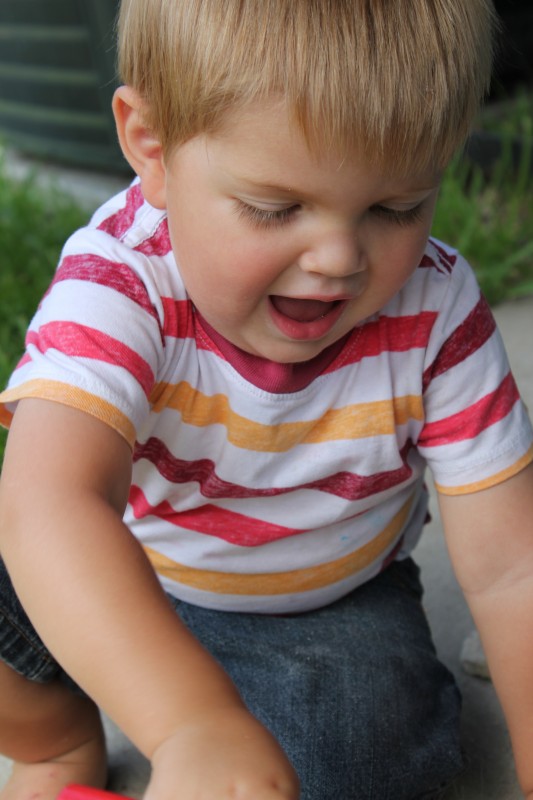 We went to the 4th of July Parade in our town. Here are the boys waiting on it to start. Jaidan & his little friend Weston. 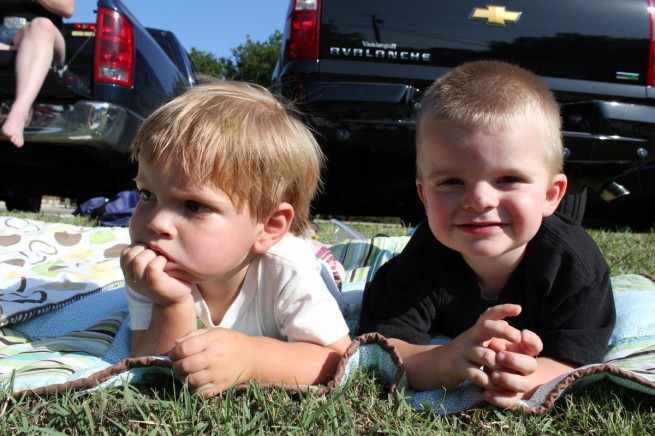 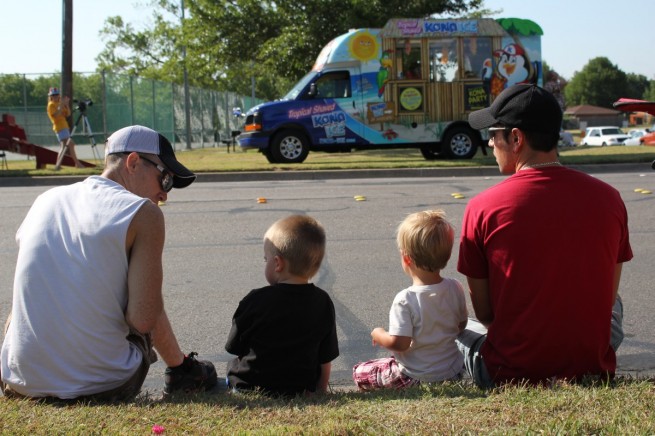 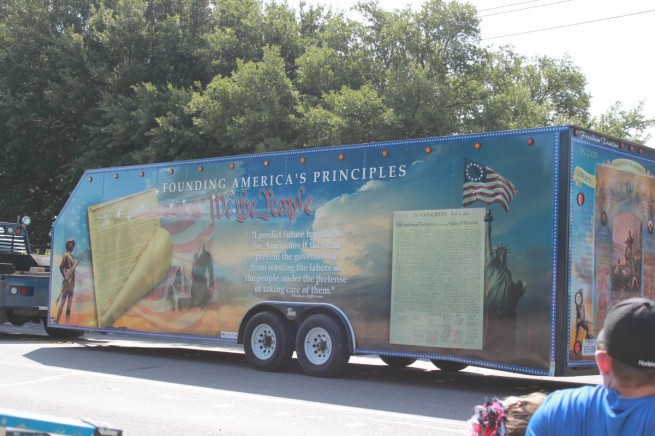