Wow, 27 weeks. You know what that means… THIRD TRIMESTER! This baby is really filling out in there and his movements are large. He’s been getting in a weird position and sticking his butt out/stretching where it feels like I’m having continuous braxton hicks contractions. Not cool, kid! At least he is head down, that makes me SO SO happy!

This week was supposed to be the week of my rhogam shot, but instead Jared got blood typed and dang-it that reminds me I was supposed to text her today to know the results. Boo, I’m so forgetful. It was $20 to get him tested and my rhogam shot will be $163 so it was worth it to see what he is to know for future pregnancies anyhow. Jaidan is rh- so I’m just hoping Jared is too and then no more rhogam talk.

Walking is going well and eating healthy is going well too! I’m up a total of 20lbs so far. I feel like that’s really good considering last pregnancy I gained 44lbs total. I’m really not worried about my weight at all, I’m such a small person. I’m just worried about how I’m eating and how I feel. (And I always feel better when I work out)

Coconut oil has been wonderful to my ever stretching belly & it no longer itches. Maybe the growing has slowed down as far as how it was growing out in the front.

Jaidan has been so awesome. I really need to do a whole post just about him. I love that boy so much, he is so dang funny and smart. The kid has a hilarious sense of humor. He has been super sweet about asking me what’s wrong, rubbing my back when it hurts, putting coconut oil on my belly, feeling the baby and asking about him. Every age and stage has gotten better and better and he acts so grown up now. Sure he is still the crazy 3 year old like any other kid, but when we are running errands or playing or doing activities he can focus so well and just communicate like you wouldn’t think he’d be able to. 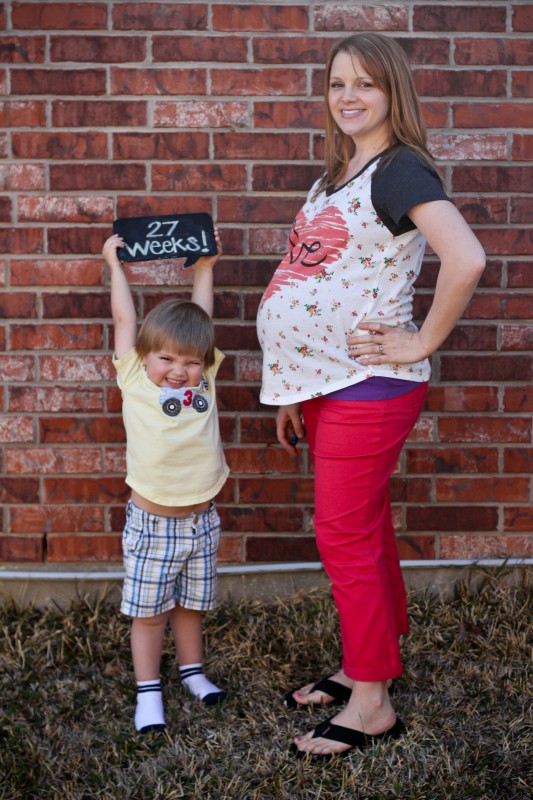 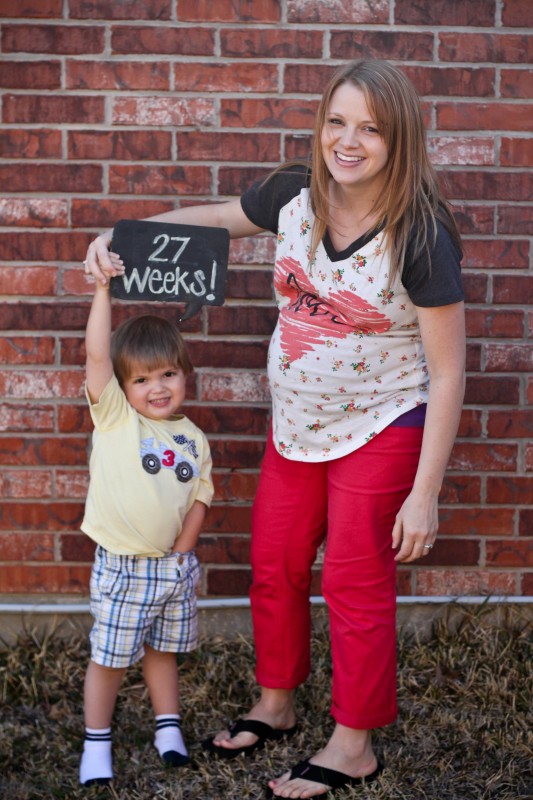 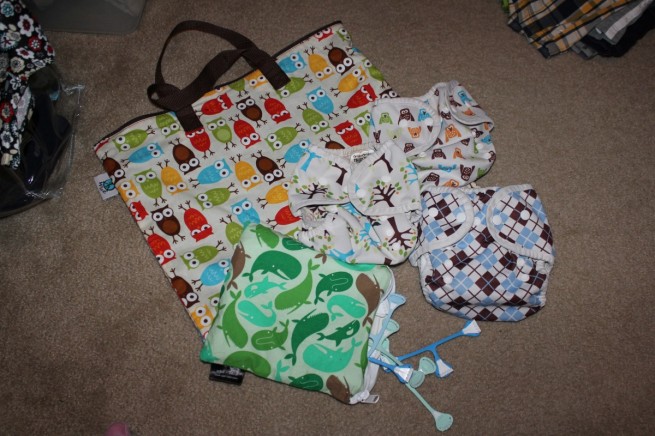 This week I bought a large wet bag & 3 thirsties covers from a friend that was no longer cloth diapering full time. Jared is on board with trying out prefolds. 🙂