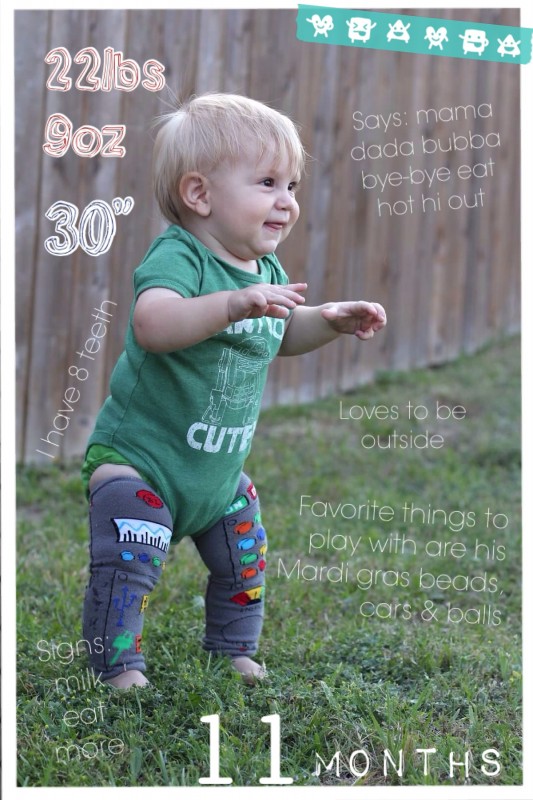 You love your milk! You are now coming up to me and signing milk and once I confirm to you that I know you want milk you have no patience for me at all. Yes you whine and almost throw a fake fit. omgoodness. lol. If I’m sitting on the floor you will just assume the position in my lap. It’s really so awesome how well you are communicating.

SOLID FOOD UPDATE: My plan was to wait until you were closer to 1 year before starting solids but I also didn’t want to hinder you if you were ready. We could tell you were REALLY interested in tasting food around 9 months. Not just grabbing at stuff because you grab at everything and put it in your mouth but actually wanting to know what this food stuff is. I have strict rules when feeding my babies. Nobody feeds the baby but mommy and daddy. That’s basically my only rule, haha. We just started very slow, BLW style. Put some pieces of food on your tray and let you mash them or taste them or whatever you want to do. I will not let anyone else feed you or put food in your mouth with their fingers. Ahh that’s one of my biggest pet peeves. Anyway you have really loved food this month. Some of your favorites that I can tell are beans, broccoli, avocado, banana, strawberries & almond butter.

We will not count this last week since it was VBS and we’ve been keeping you out until 9pm. You get tired around 7:30-8 and are usually asleep by 8-9 at the latest. You wake up around 9-10am and then you take a good 2-3 hour nap around 12-1. You usually need an afternoon cat nap too. I’m so glad this month has been better on naps though!! 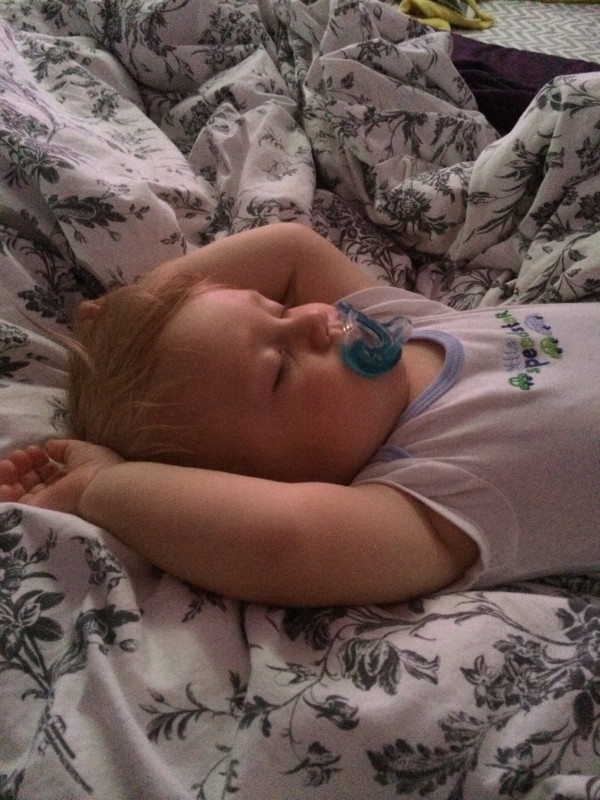 A NOTE TO OTHERS: My idea of potty training is as gradual as any other process I go through with my boys. Just like he learns to drink from a cup, or walk or talk or any of those first milestones. We start signing ‘potty’ as soon as we can tell he is making the potty face. Since he is eating solid food now his poops are not as runny and he has to actually ‘try’ to poop and we sign it. We started taking him to the toilet and setting him on it when he makes this face. The very first time I set him on it he was like ‘what are you doing? I hate this, take me off’. I just showed him a book so he got comfortable and he relaxed and went poop on the potty. I did this another time and it worked just as well. Well this week we were at Olive Garden and he signed potty on his own. We were like do you have to potty? And he signed it again. So Jared took him to the bathroom and came back about 5 minutes later. I asked ‘so how did it go?’ and he said ‘fine, he pooped on the potty’. We were blown away. It was so cute. He did the same thing yesterday too. Signed potty and went poop on the potty. So we have not changed a poopy diaper in a couple weeks now! I know there’s a whole terminology for it. Elimination communication. I haven’t read much on it, I just did it with Jaidan before even knowing it was a ‘thing’. He is doing great with it though so no big deal, we are just keeping it natural! 🙂 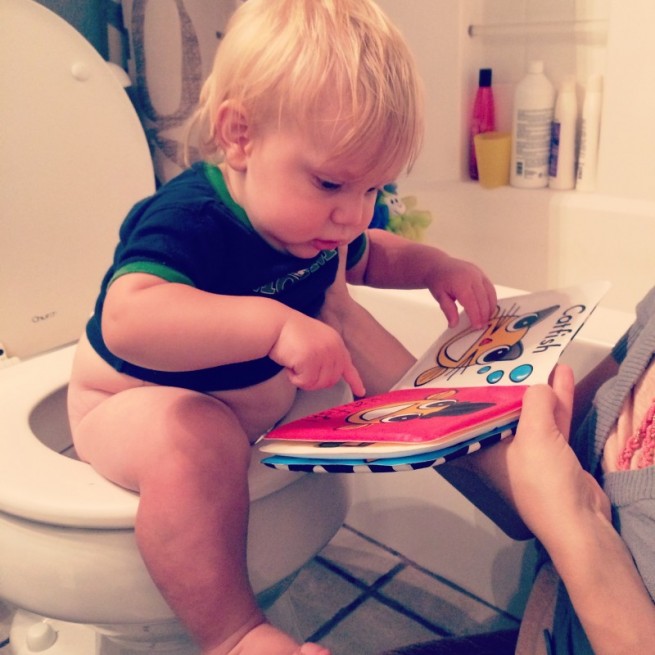 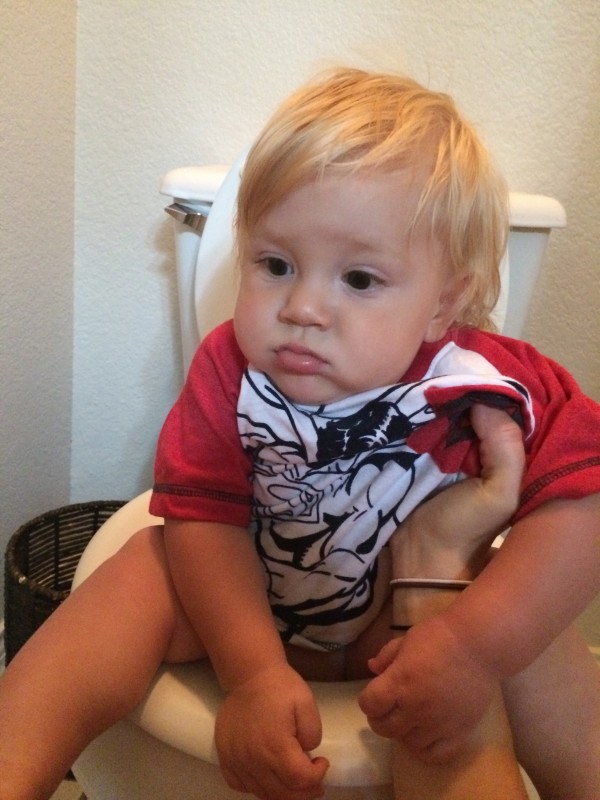 We found another box of Jaidan’s 12 and 18 month clothes so you are all set for a while!

You are walking so much more lately. It’s not as bad as I was thinking it would be. You are keeping me on my toes but it’s still pretty gradual. You can go up and down a little slide by yourself. You can do everything those developmental checklists say that you should be doing so you are right on track! Lets see what else are you signing or saying now?

Signs:
Milk
More
Eat
Play/Potty/Hi- He signs all of these with basically the same sign just a different facial expression
Kitty
ByeBye
All Done 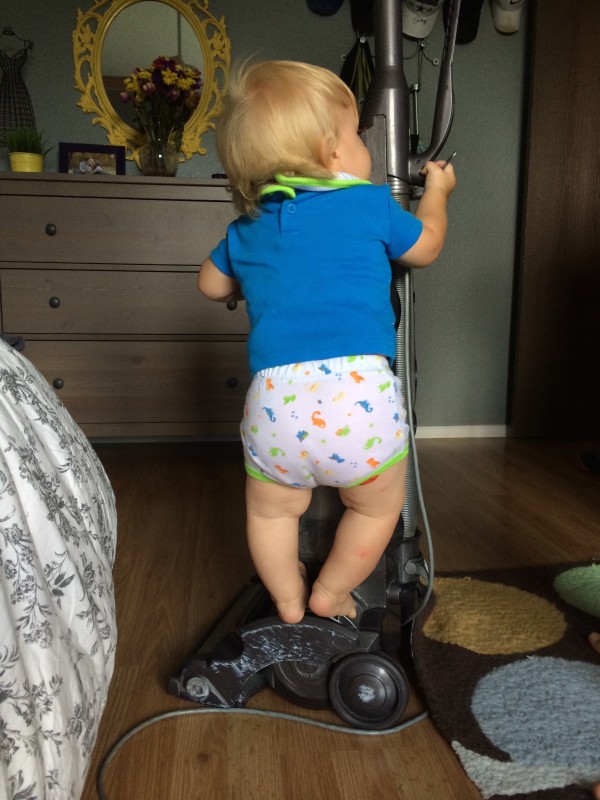 This has been such an awesome month for you and Jaidan. Jaidan has been the absolute best big brother. Running over to check on you if you cry, giving you toys, just being super sweet. You ‘chase’ after him, you love wrestling with him, you copy EVERYthing that he does. Y’all love each other so much. 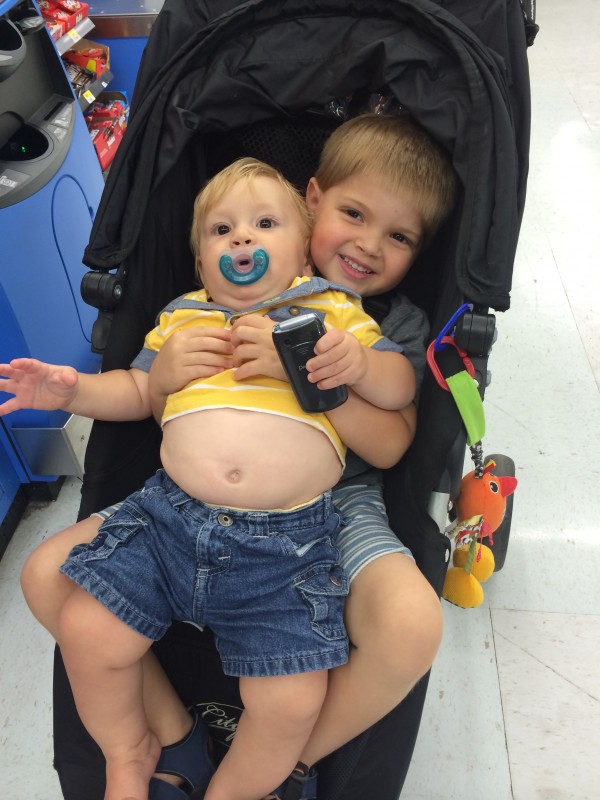 You climbed right up into your bubba’s lap while he was watching a movie. 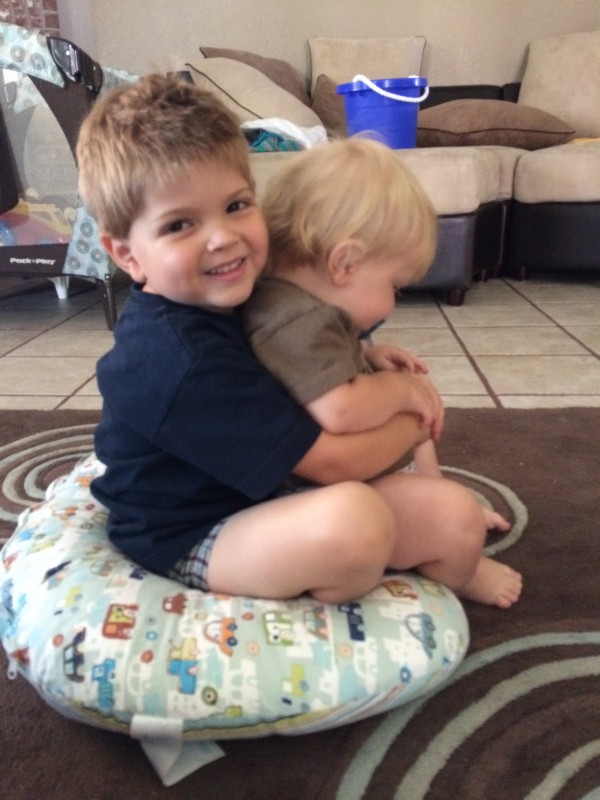 We had a good low key Father’s Day. We are working on getting the house ready to sell so we spent most of the day working on that. I did make French Toast for breakfast though. 🙂 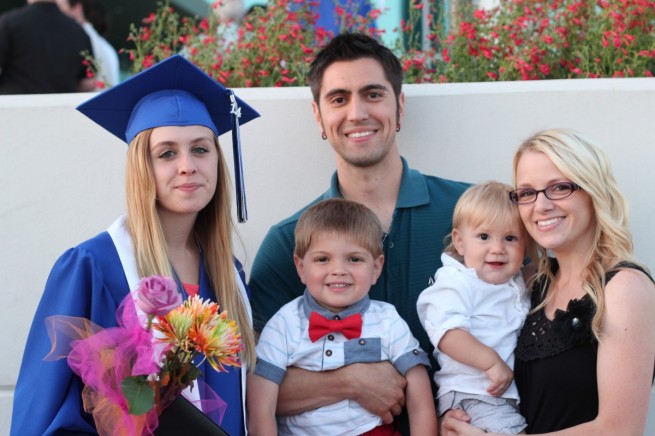 This is one of your favorite toys. You put balls in it, it counts the balls to 3 and then goes in circles and the wings open and the balls come out. 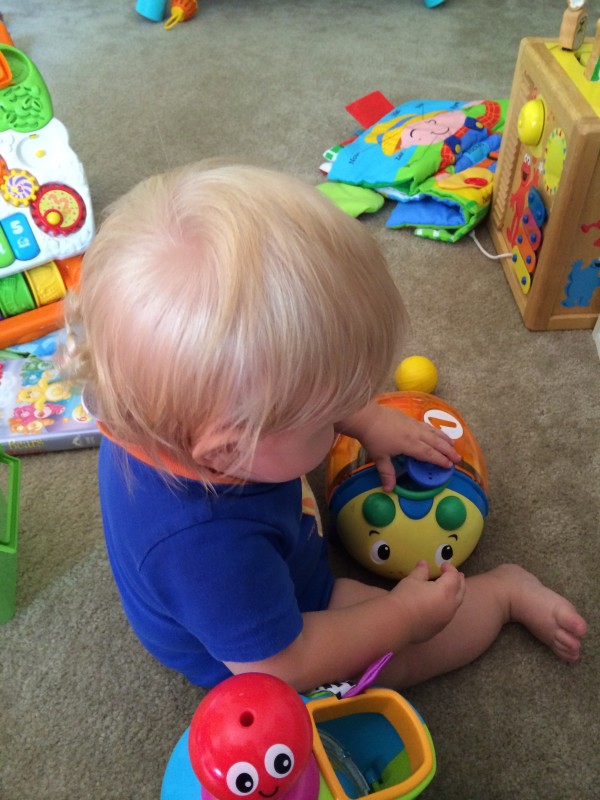