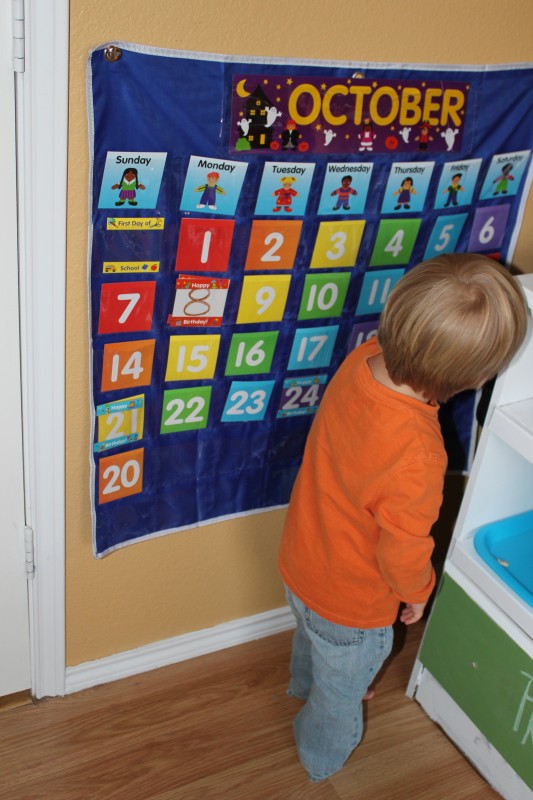 Putting our numbers up for the new month 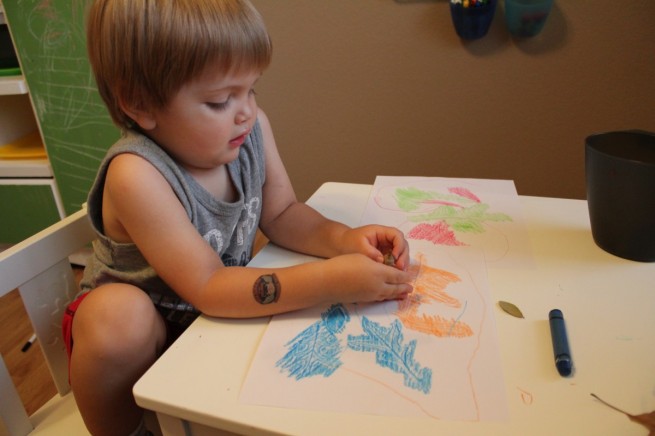 We went on a little walk and found our favorite leaves for leaf imprints! 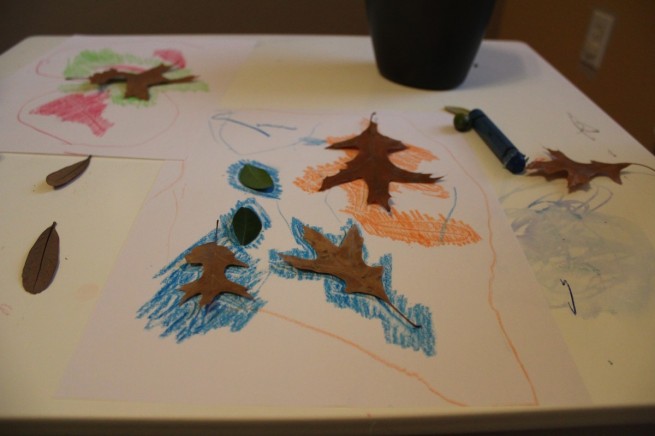 Then we matched them 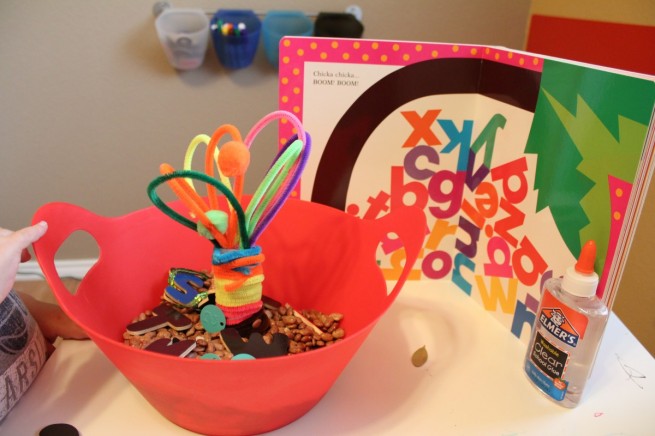 We did a little activity that went with his new book "Chicka Chicka Boom Boom'. 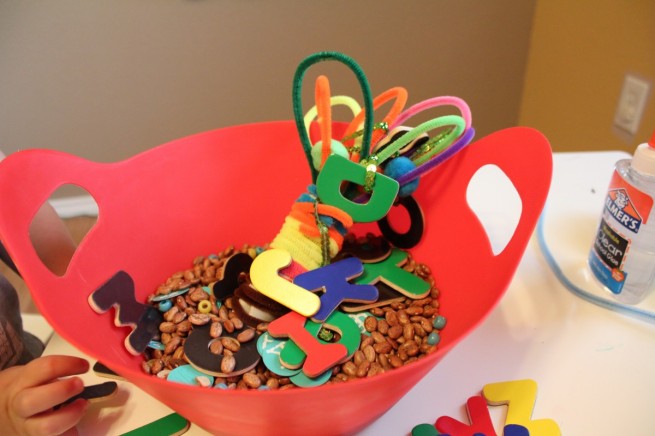 It was a neat idea but little man was not a fan. Usually when there's too many little things used he gets crazy and just wants to throw it around. This was not worth the time spent putting it together. He loves the book though! 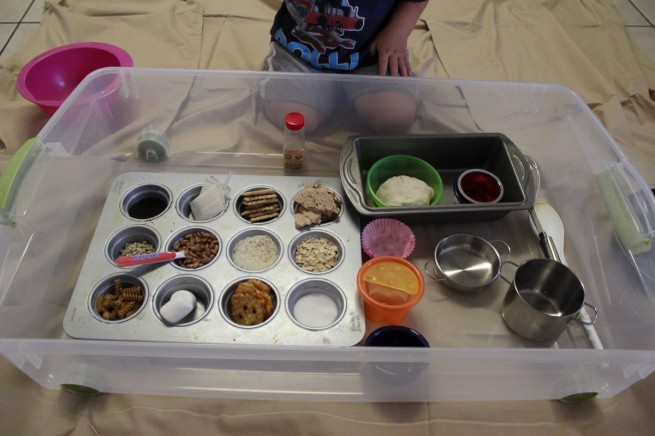 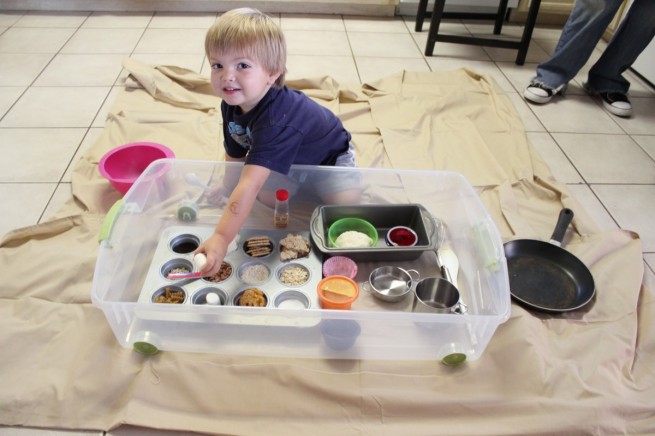 This kind of goes along with the too many items rule, but he played with it a little longer before he got too crazy. I'll probably wait until he's a little older to do this again. He's just in a 'wild?' stage? 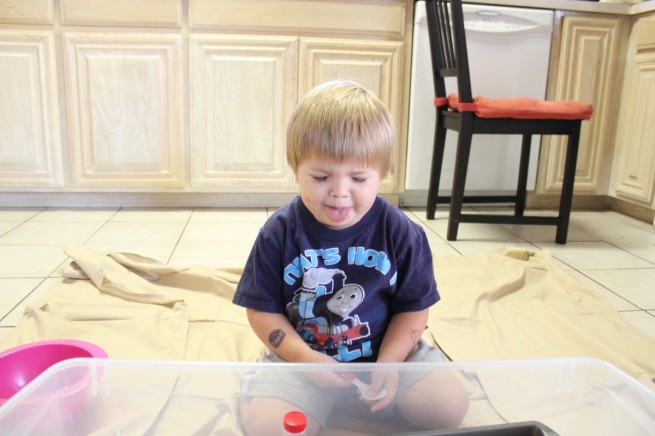 He wanted to try the ground coffee and since mommy & daddy don't know what we are talking about we let him try it. haha! 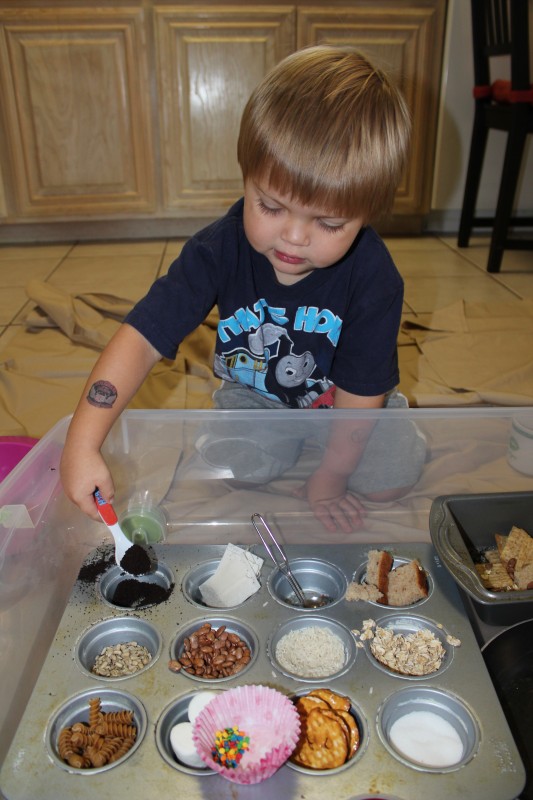 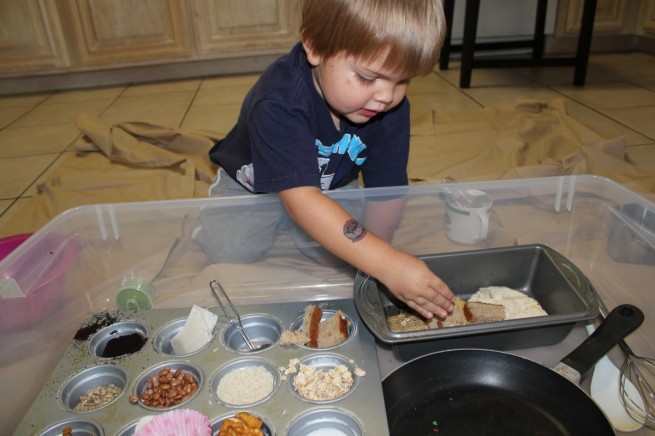 Not much experimenting going on here... I think it's all going in the pan! 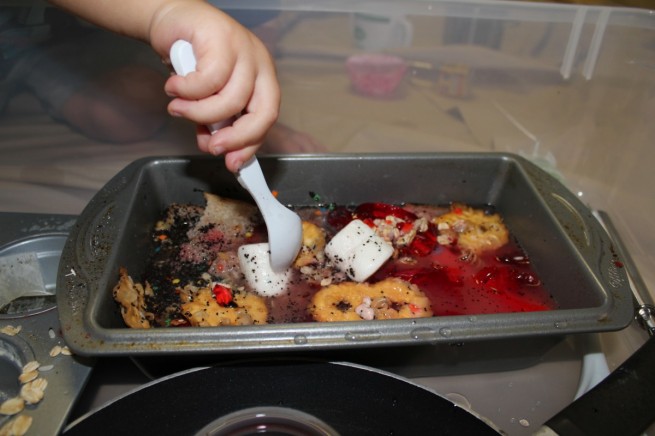 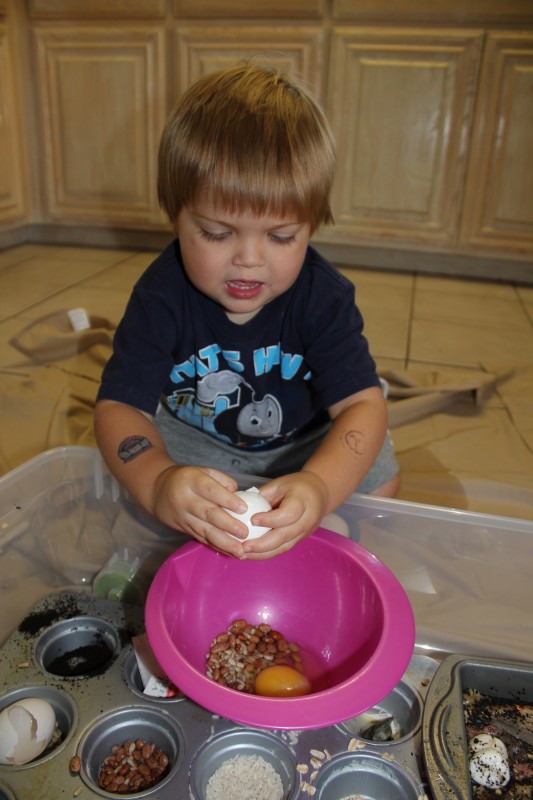 And at the end I let him crack some eggs. He loves doing that. 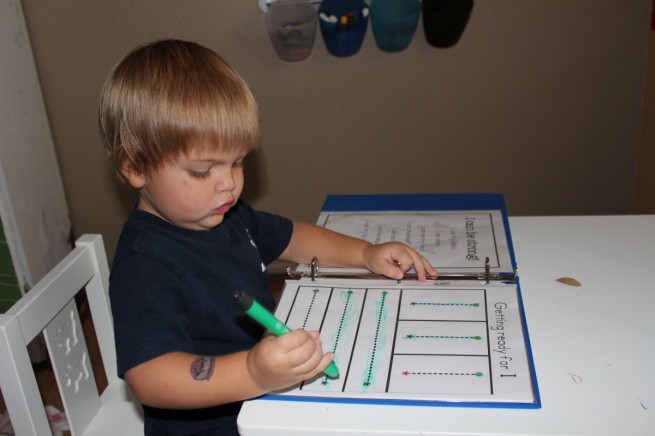 Getting ready for the letter L 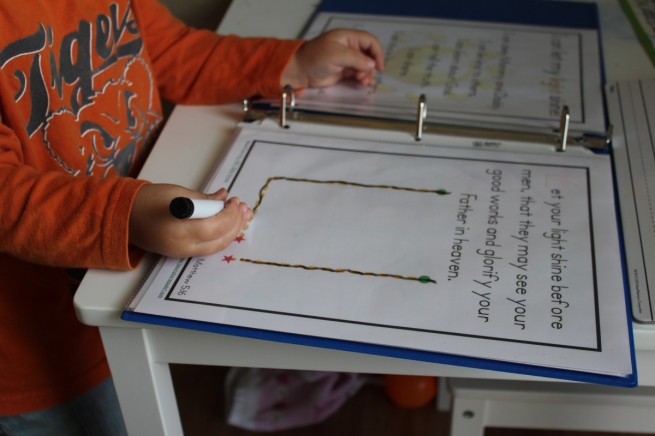 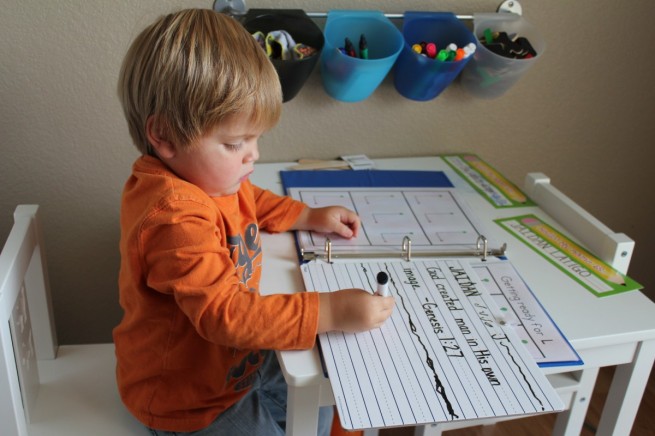 Just tracing the lines on his memory verse board. 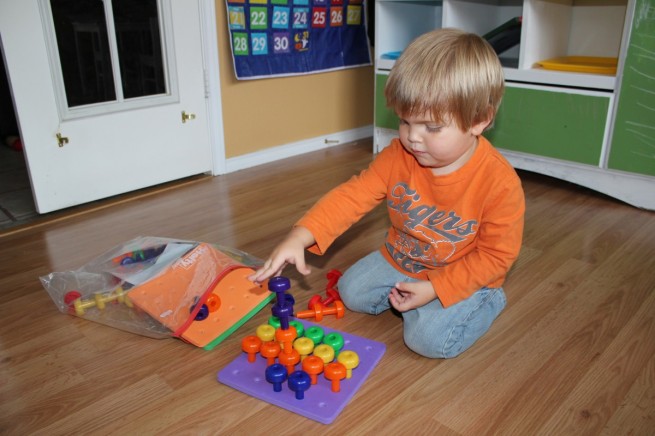 What are these called? Peg Stackers maybe?

He's not really into making patterns or anything, he just wanted to stack them super high. 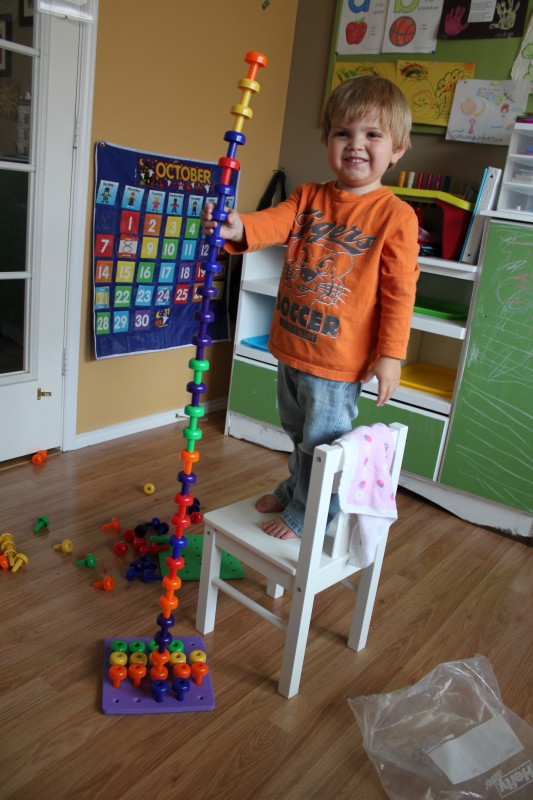