Week 9 Update: Clearing out the Driveway

Tuesday: Officially under contract again! WooHoo! We also went to see what exactly needed to be cleared out for our new driveway. The weather will be in the 80’s this week so hopefully we are able to make it over soon to work on it.

Wednesday: We went to Arlington to consign the clothes. It took about an hour which means no time left to do anything house related.

Thursday: Before going to Medieval Times we stopped at IKEA to get some kitchen inspiration. I half way left with a headache because that place is SO overwhelming. Awesome, but overwhelming. We found exactly what we were looking for and we are pretty sure we are going there for our kitchen stuff. It will be cheaper than custom cabinets and we really love the functionality of their stuff. Plus, it’s 20% off until the end of August.

Friday: We got some paperwork to fill out for the buyers.

Saturday: Today is Jaidan’s birthday so we had Birthday plans all day. Although it really has been Birthday week. 🙂

Sunday: We went and started clearing out our new driveway today. We all know when I say WE I mean THEY. Jared and Johnny. Me and the boys watched and just enjoyed the nice weather.

Johnny had already started by the time we got there so he mowed this part which is up where our house will be. 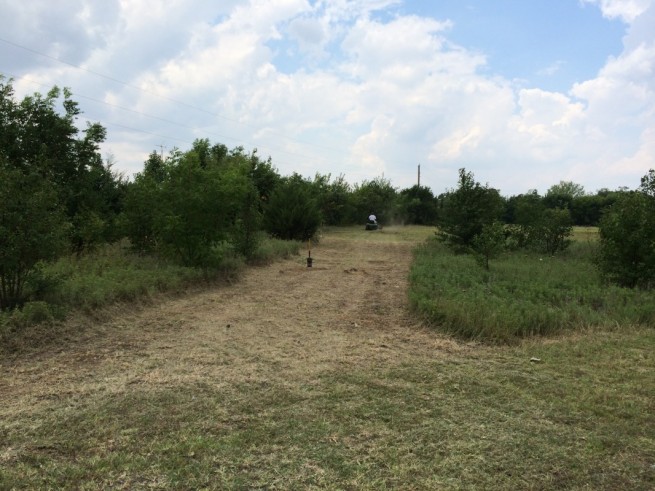 This is by the road where our opening will be. I love that it’s in between 2 big trees. How cute is that?! 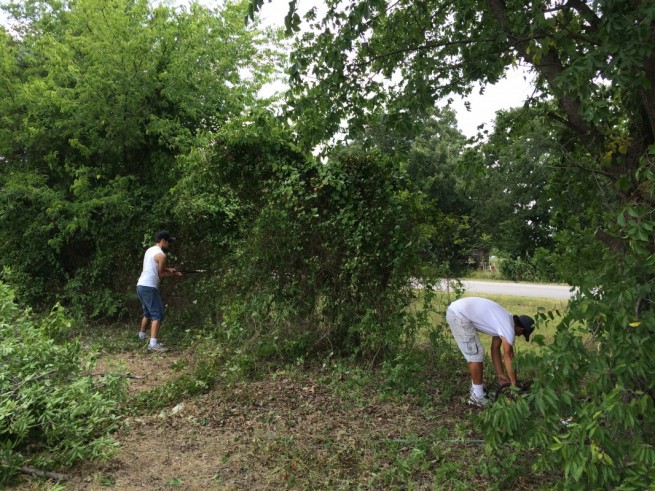 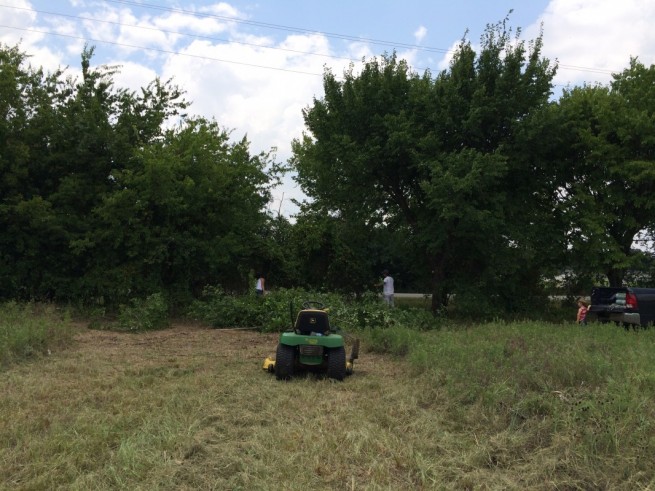 Here’s a little before and after of what they cleared out before they hauled the brush out of the way. 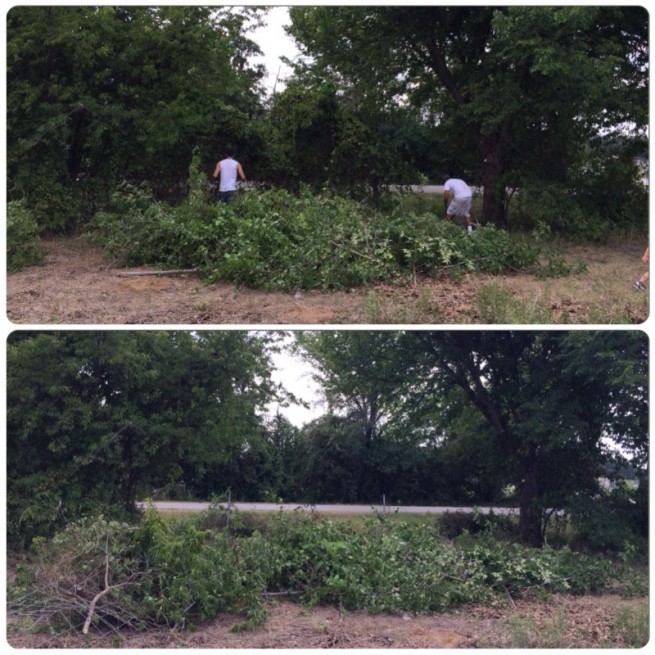 I thought this was cool. The tree grew right around the post. 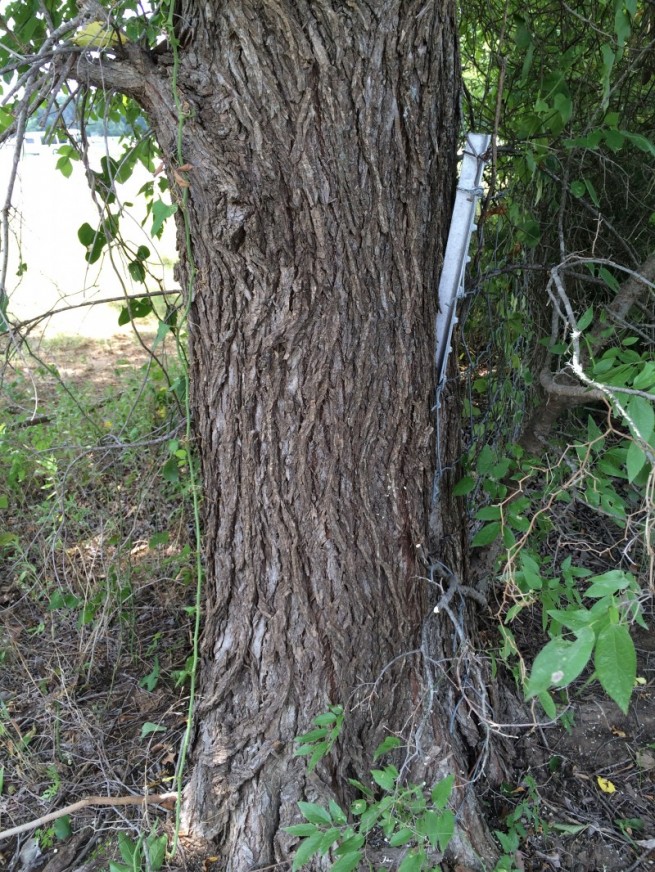 Monday: We got an address today!! That’s so neat and exciting! Our kids will grow up on the same ground I grew up. I love that.
I guess there was more to it than just getting an address so I’ll let Jared tell about his day…

It’s always fun dealing with city government. It’s not for the faint of heart, I tell you that. After getting all the paperwork in order and getting signatures and driver license from Johnny, I headed to Cleburne to take care of this is one swoop.

I went to the deed office in the courthouse first. For $5, I got a printout of the deed to their land that I needed in order to get the development permit. I then went across the street to public works office only to find that I needed the address first.
So down the block I went to the appraisal office where I turned in a couple forms for 911 setup and they gave me an address after about 15 minutes.
Back at the public works office, they printed maps and flood maps and had me draw where exactly the building was going and initial several things. They then went through all the paperwork and verified that the only piece missing was a letter from Burleson (since we’re in their ETJ) stating that I don’t need the land re-platted. (They could have also forced me to get a survey which would have cost another $425 or something. But yay that they didn’t.)
After leaving there, it was back to the courthouse to pay for the installation for the culvert. That was $300 since they are doing a 20ft and it’s billed at $15 a linear foot. Easy peasy that was, so it was off to McCoy’s to buy the culvert.
At McCoy’s, which was the cheapest around, I ordered a 24″ by 20′ culvert that Johnny is going to get later this week. He’ll drop it off behind the fence line and the culvert installers will get to it in a week or so. I’ll call to schedule the install once he gets by to pick it up.
Last but not least, I had to call Burleson to get them to email a letter to the Public Works office saying I don’t need a survey. That was simple too but does require that I go back to Cleburne and pick up the permit that we’ll need to stake out on the property. Without that permit, they can fine us an arm and a leg for developing without asking. It’s $200 well spent if you ask me.