This year for the Fall clothing Consignment Sale we actually consigned some stuff ourselves! We had a ton of kid & baby clothes to get rid of that the boys had either outgrown, it wasn’t their style or just wasn’t my favorite. It was stuff originally in our donate pile in the garage along with some toys that haven’t sold from me posting on my bulletin at work. So we rounded everything up & tagged & priced everything. We ended up consigning 82 items! Most of the clothing things were at least 2-3 pieces per hanger. The sale is going on this week & we got to shop early for consigning.

Some pants for Jonah. These all felt super soft & comfy. Old Navy and The Children’s place. 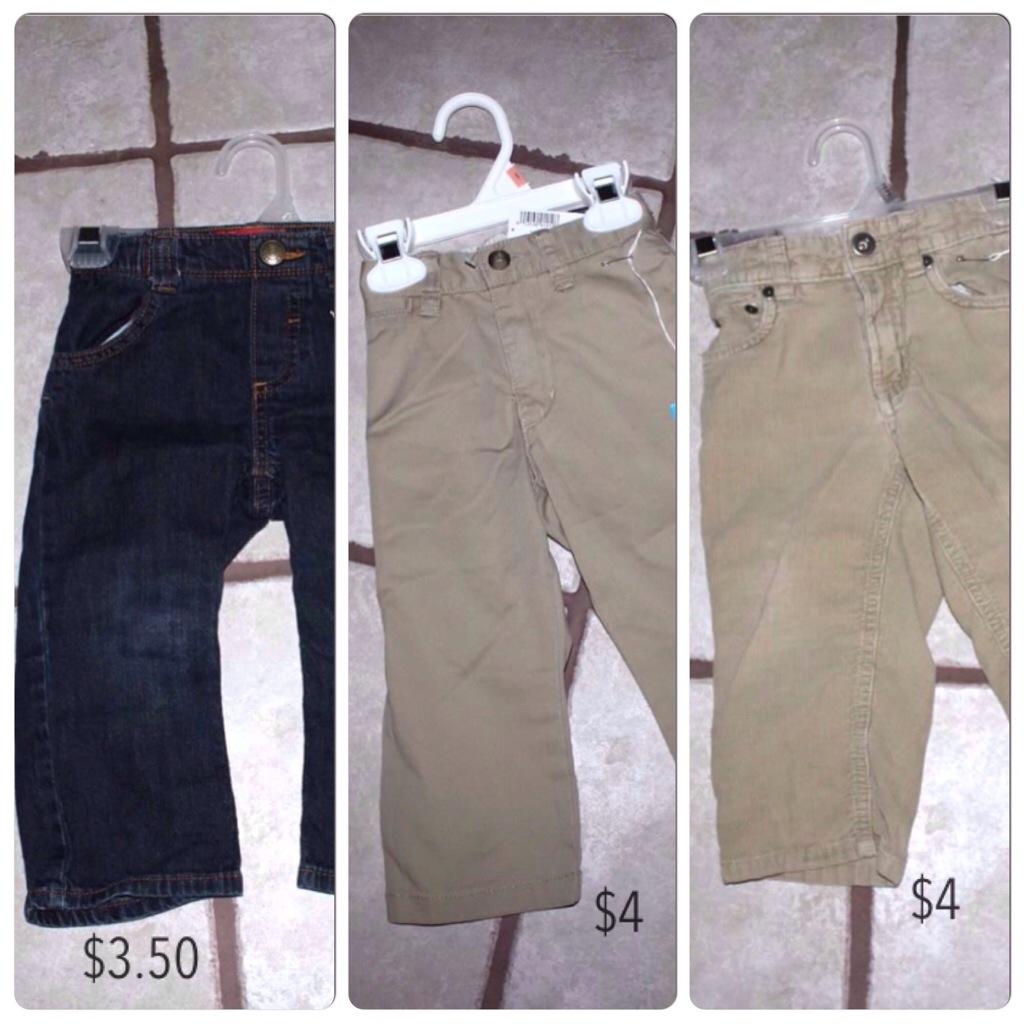 Pajamas from Old Navy for Jonah that are SO fitting for his personality right now. 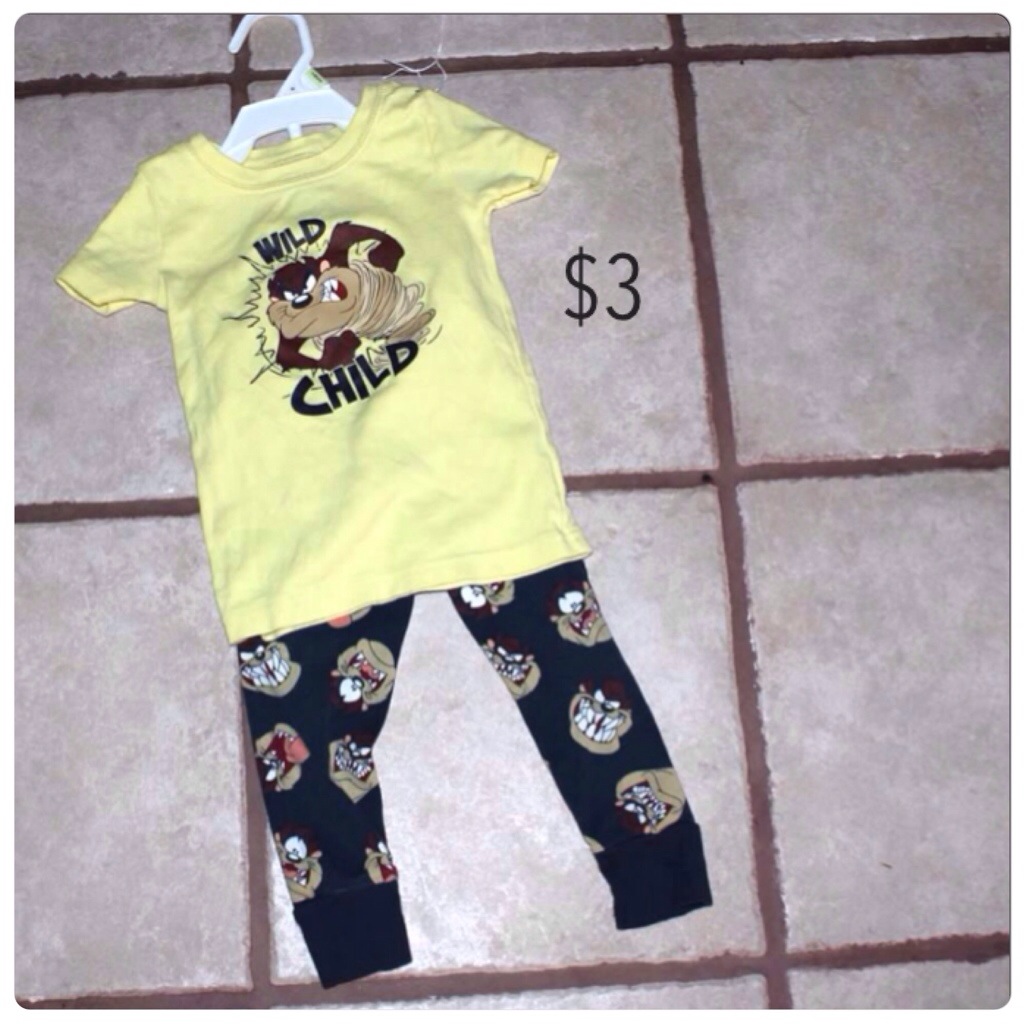 This adorable brown jacket thing is super soft & when I tried it on Jonah I knew I had to have it! Both will be cute for church! 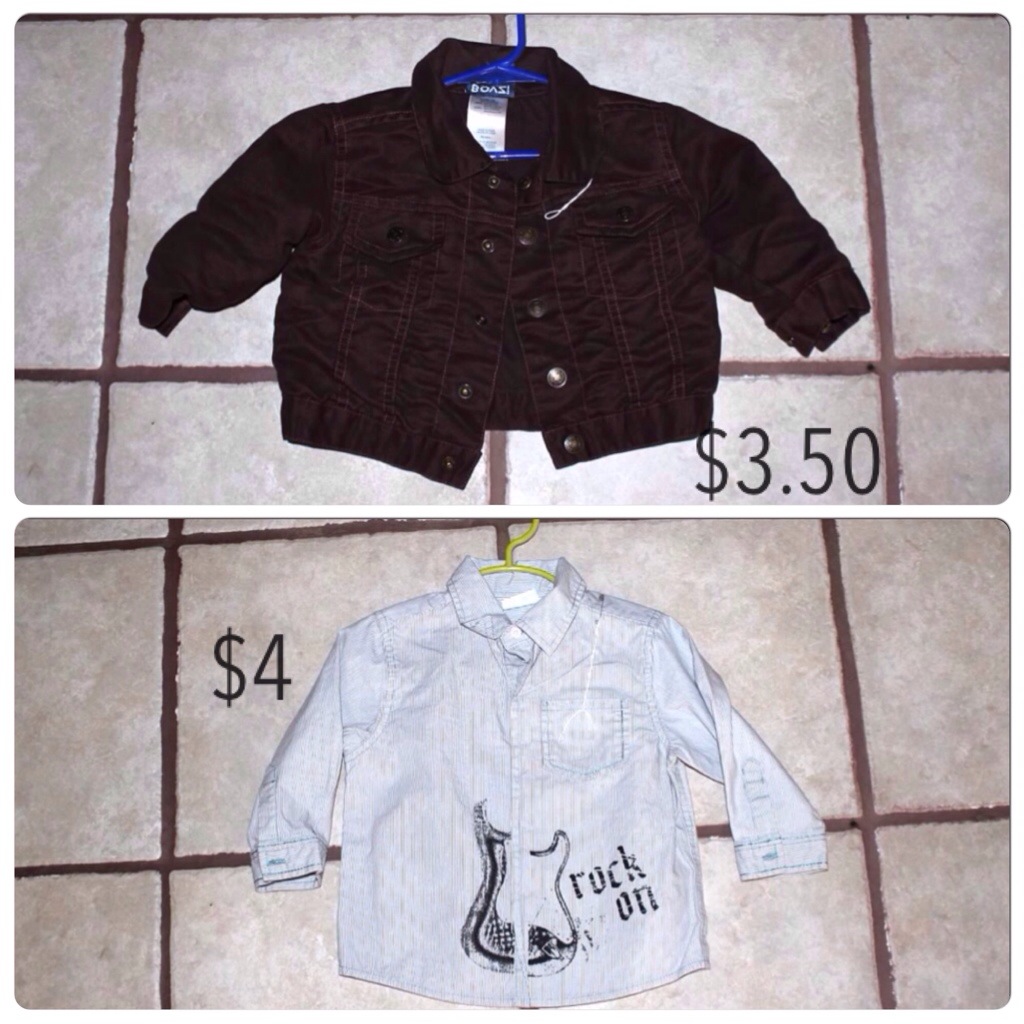 Some Vans for Jaidan. I actually had been looking to get him these exact pair for his party but couldn’t imagine paying $40+ for shoes when his feet grow so quick. I’m pretty sure these were never even worn. The white is a little scuffed but the bottom has no wear & they are perfect. 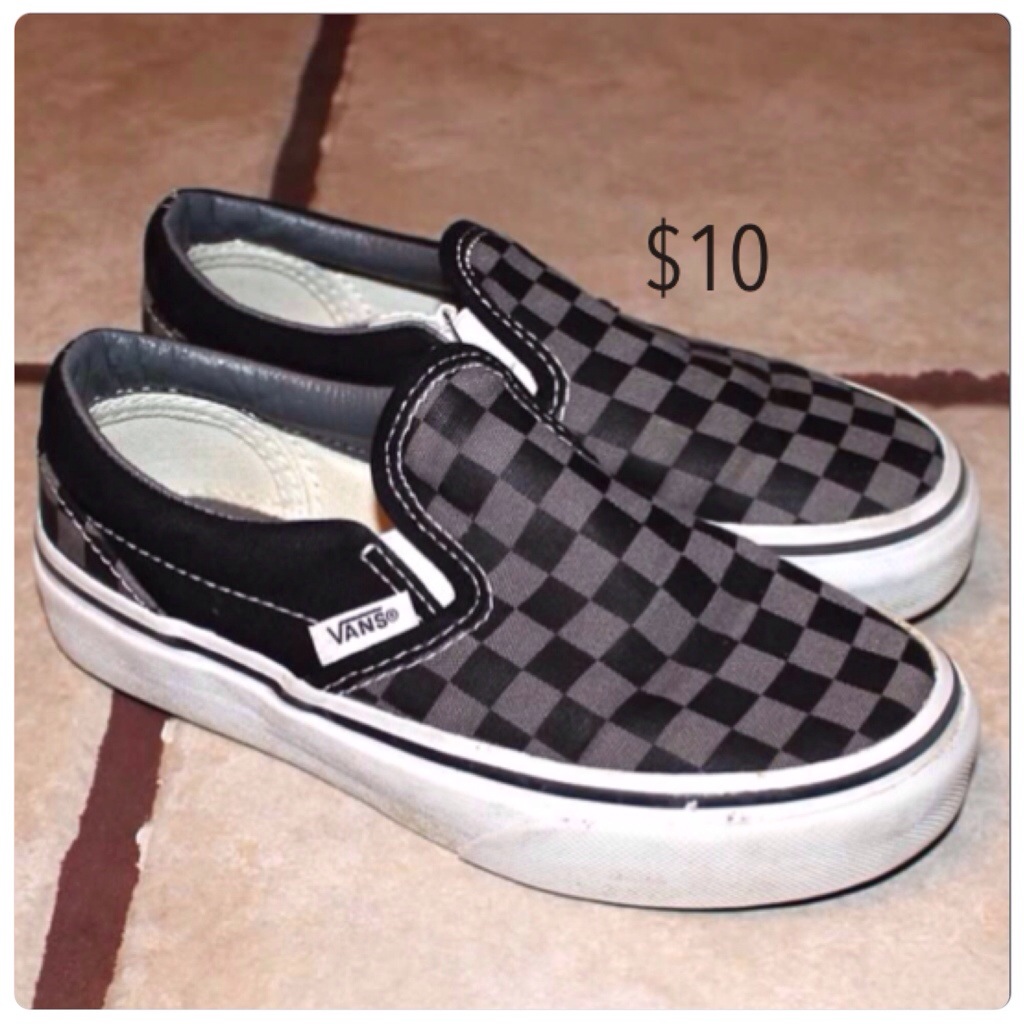 Jaidan has been asking to wear my robe so when I saw this Lightning McQueen robe I knew he would love it. 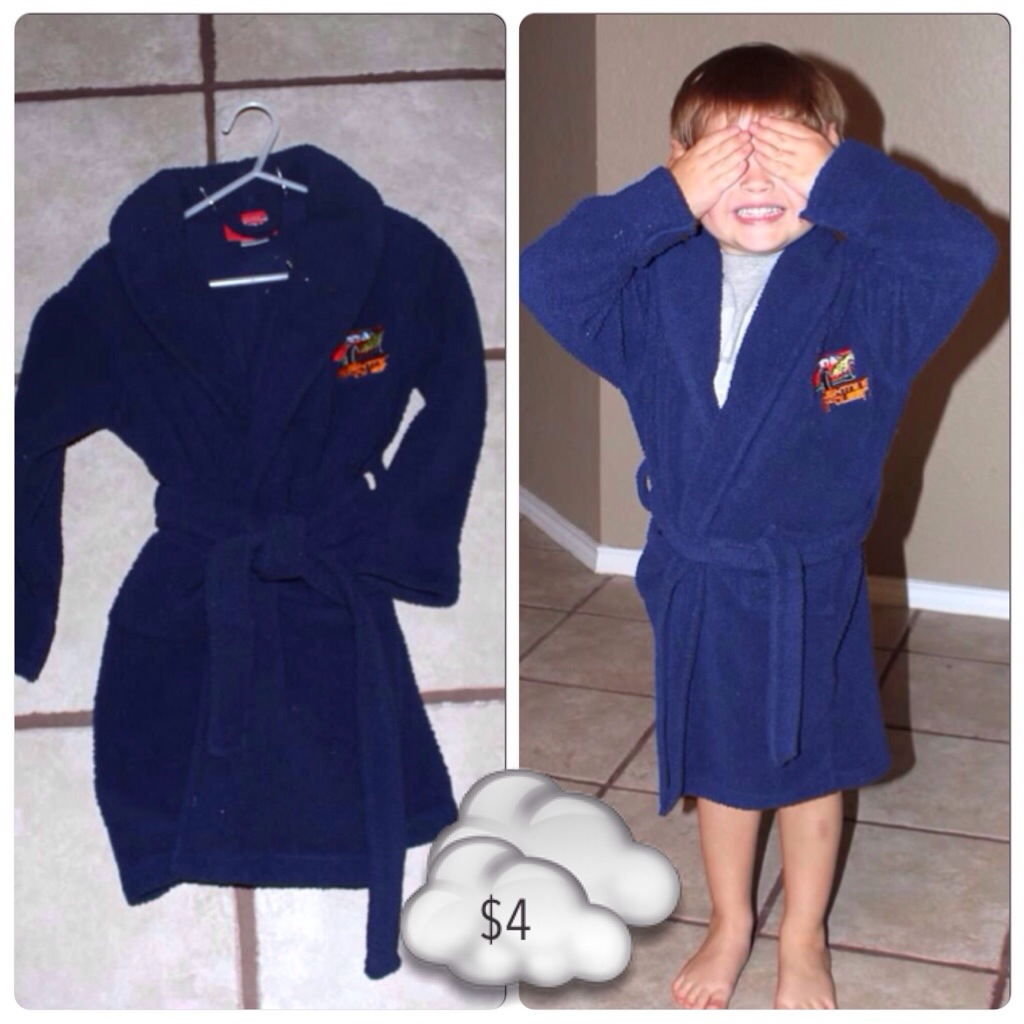 Jaidan just HAD to have this Turbo the snail. He carried it around almost the whole time and when Jared went to try some jeans on him he set it down. He came back to another little boy holding it and he started bawling. Anyway, I usually don’t give in to random toys but it was his actual birthday and he loves it. It’s just a little flashlight. 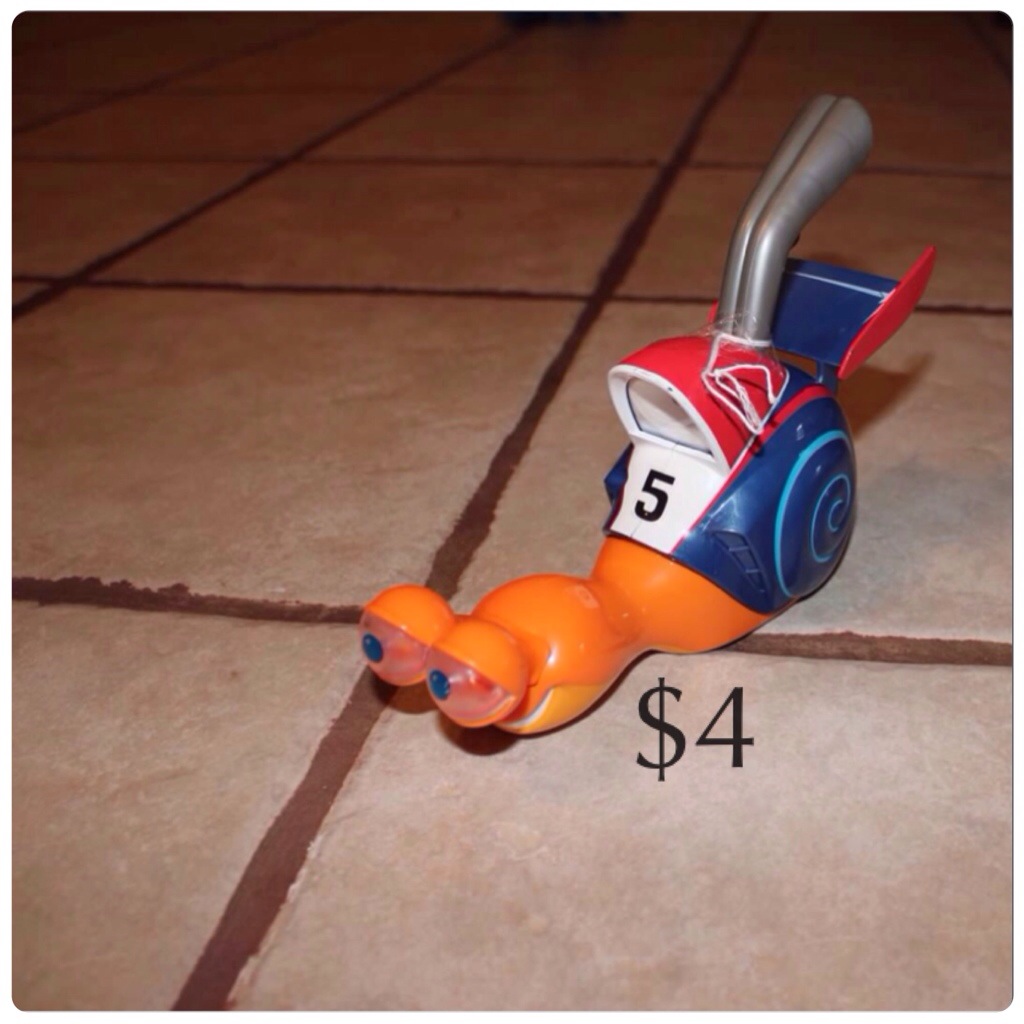 Just a few shirts for Jaidan. The button up still had the tags on it. 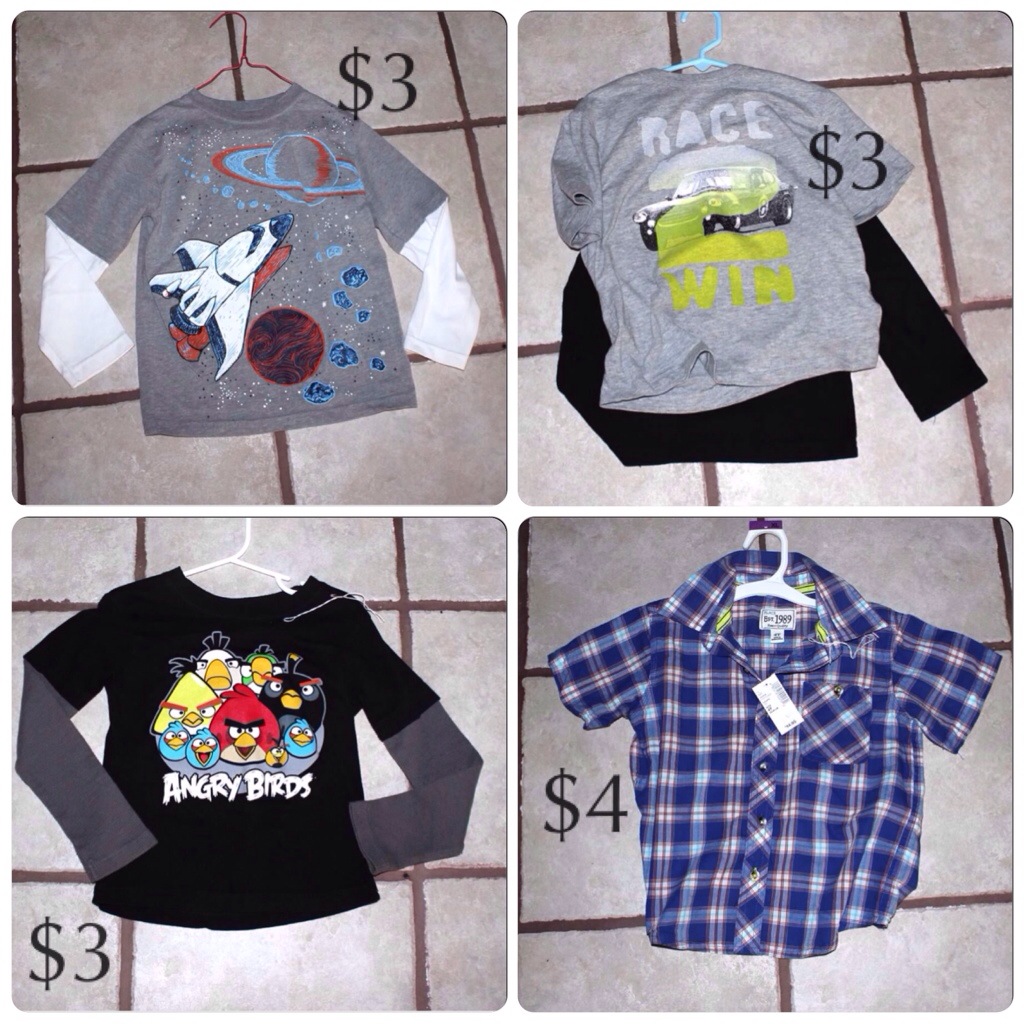 For Jaidan’s first birthday he got 3 ride on toys. Jonah did not get one so we scoped them out and this one was pretty great. The seat lifts up so he can put cars in there and it makes all kinds of noise (not too loud) and it actually vibrates and the eyes move. Such a steal at $6.50! 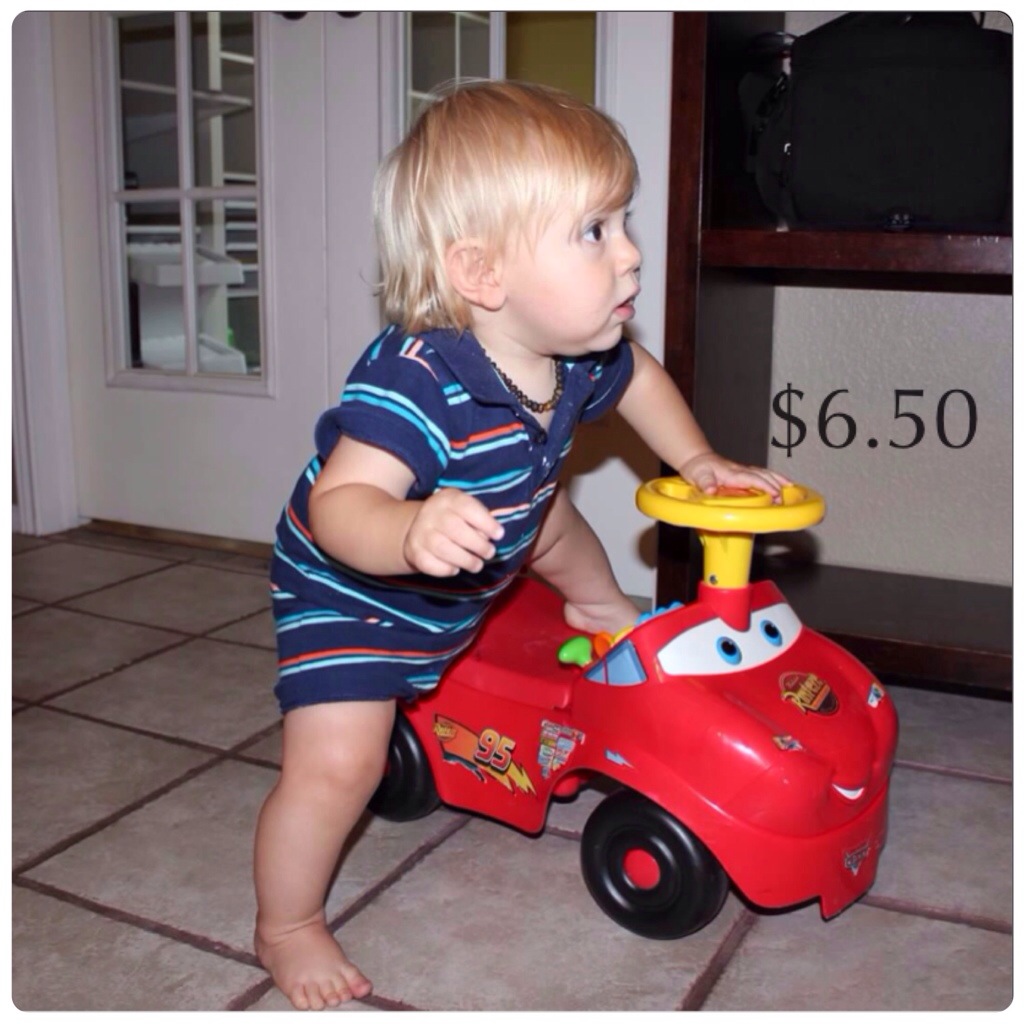 And some soft cute little shirts for Jonah. 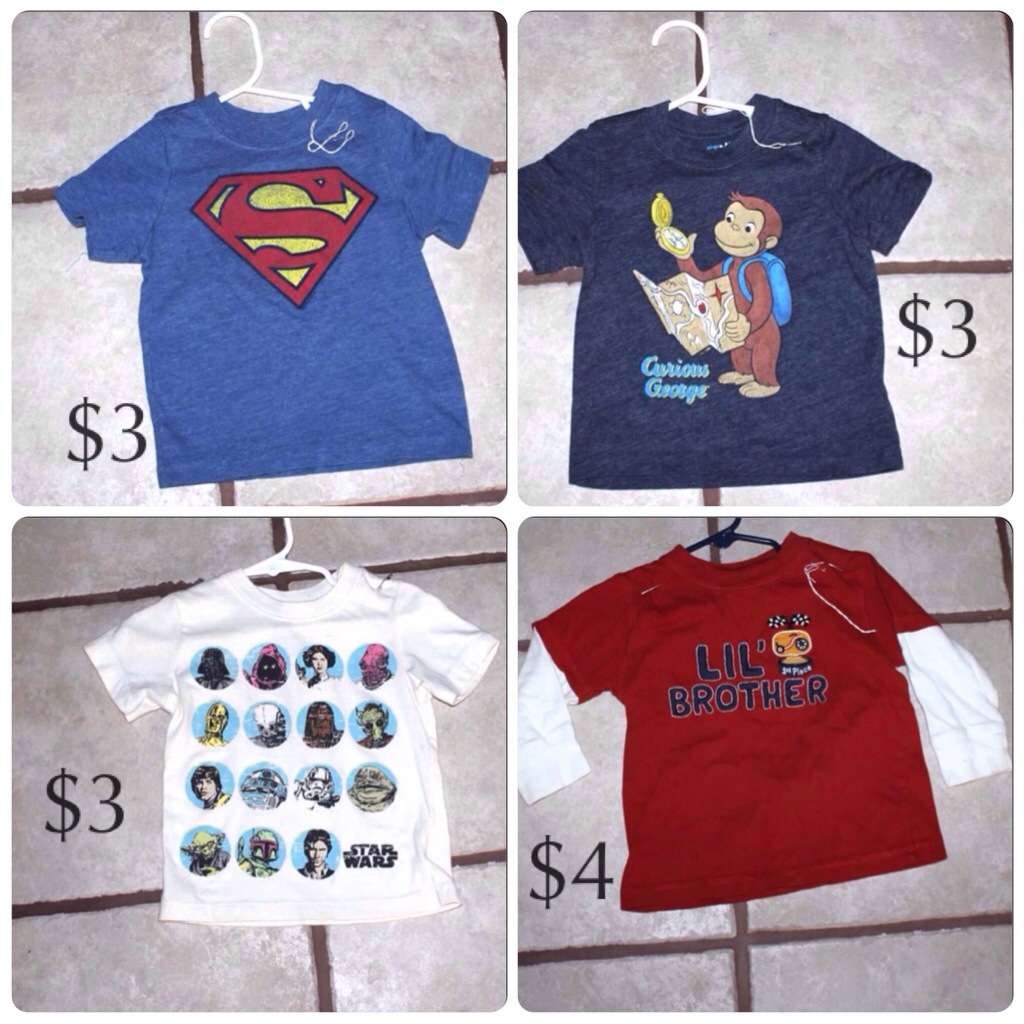 This was a grab bag of toys and it was actually an awesome bag. It came with these CARS cars, the fabric crayon roll-up & then 3 fan toys (that we always see at the Disney store that I would never pay for). For only $5!! Jaidan’s King (the blue car) broke and we just threw it away last week. We couldn’t find a replacement at Target so we were excited for this bag! 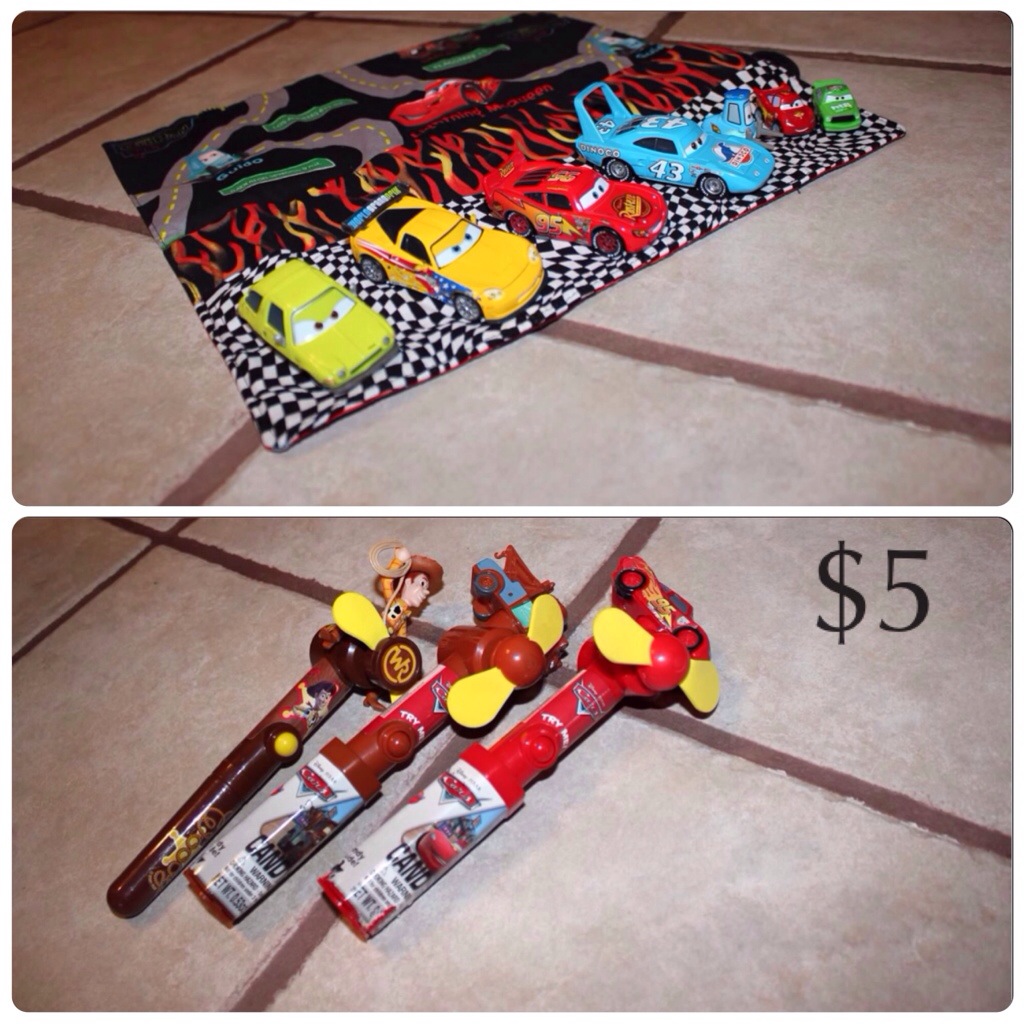 That’s it! We’ve already made more money from consigning our stuff than we spent on the boys. They didn’t have a whole lot for Jaidan’s size now that he is getting bigger so when he has a bit of a growth spurt we will just scope out the deals at his favorite stores.